The Waller-War and Why It Matters - Part 3 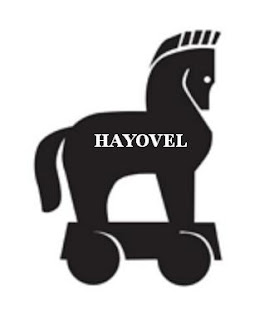 So, we've finally come to the part you've all been waiting for. How does Tommy Waller and HaYovel connect in with the Ephraimite plan to "return" to Israel? As it turns out, this did not start with Tommy Waller, although he plays a major role in it. It seems to have started with his Jewish benefactor (as it always does) - Nir Lavi - and a "chance" encounter with Ephraim and Rimona Frank, whose intermarriage, as mentioned earlier, is the embodiment of the ultimate merging of Judah and "Ephraim".

It was all explained here, in the "smoking gun" February 2016 Hebrew Nations Radio interview with Ephraim and Rimona Frank of Israelite Return.com and Tommy Waller of Hayovel Ministries.

That interview has now been hidden behind password protection. (It does make you wonder why, if their cause is so righteous, they constantly feel the need to use subterfuge and mendacity to achieve their goals.) But, we have a copy of it.

Rimona advises the participants to forego use of the term Ephraimite since it is a term unfamiliar to Jews and instead emphasize the "Ten Lost Tribes" aspect since it is more favorably received...


Rimona Frank: "I don't think the term Ephraim means much, however the term The Ten Lost Tribes is something that has never been lost [from] the Jewish People. ...Ephraim is a new concept. If you introduce yourself to them, say that you are from the Ten Tribes, or believe that you are, and almost everyone, with very few exceptions, will just receive you, listen to you, and will not think that there is something strange or esoteric about that kind of presentation...."

Ephraim Frank: "There's this phenomenon happening out in the nations where people are discovering their Israelite identity from the Lost Tribes."

After being told so by their "leadership" for the last 20 years! It started here. 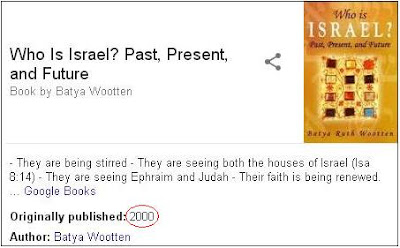 And like most false religions, it starts with one person's "revelation" and then takes off like a wildfire. The truth is never so popular.


Rimona: "The larger it becomes, and the more known it becomes, and if there is a face representing this phenomenon... so for many of these Orthodox Jews, it's a very, very exciting turn of events. They would really see that as a major turn in history and the approach of a different era. It's very big."

Enter Tommy Waller and HaYovel - the not-so-innocent face of the Ephraimite movement's plan of "return"!


Tommy Waller (speaking as an Ephraimite): "Most of us growing up as Christians, we take the attitude that we're bystanders, watching the Jews do their prophetic work and then we just clap our hands and say "rah, rah" and really trying to find our way, well, what is our place, what is our role, ...."

Tommy: "What they [the Jews] respond to more than anything else, more than just saying I am (somebody), it's me demonstrating who I am. And that's the key, I believe, to this whole process, and what I found in my own experience. ...I was interested in seeing the land restored... and then I learned in the process while helping these guys, my relationship is all of a sudden turning from, they are really seeing me as brother...."

Interviewer: "...we of Ephraim are like the younger son [in the parable of the Prodigal Son] and the older brother is the Jewish People - Judah. [The Zionist settlers are laying their lives down for the land so] ...the least we can do as Ephraimites or Bnei Yosef is lay down our lives as well. ...laying down our lives in serving in the very [Israeli] communities that we live in to begin with because we are a nation in exile.... we have to at the end of Pesach say 'Next Year in Jerusalem' ...actually with that hope deep in our hearts that hey, next year we will be somehow either in Jerusalem or somewhere in the Land of Promise. Tommy and his family have had the privilege to be welcomed into the homes of these farmers and of these students [Rabbi Melamed's yeshivah in Har Brachah] that are living in these settlements and also other rabbis and they have this intimate, that over the years they have gained favor because of the humility, because of the fact that they are willing to dig into the rocks and the ground and build fences and plant vines and to harvest those vines in a way in which they have won - they have won the favor of these people..."

This was the calculated plan and the hoped-for result.


Interviewer (continuing): "...and now I want Tommy to share more of his relationships and his experiences because that's a trail...."

For other Ephraimites to follow to success in infiltrating Jewish communities and establishing an Ephraimite presence as has been accomplished on Har Brachah! 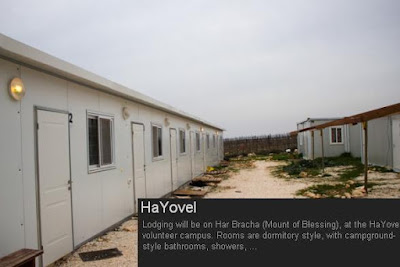 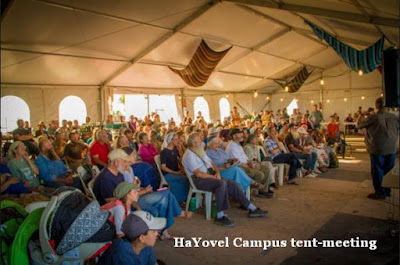 And lest we forget, Jews were moved out to make room for this!

Tommy: "...our aliyah to the Land of Israel is going to have to be done in a purified way and to be sanctified and to be all the process of having the right to be able to say and to be a part of the commonwealth of Israel."

Interviewer: "...for us to say 'Hey, it's our land, too, we want to come and live beside you', imagine what a settler would think or someone who's been there for generations saying 'What? It's your land? What have you done to earn your right here, to earn your place?' This is why, Tommy, what HaYovel is doing...it's going to take awhile to earn trust and...pay our dues."

This is the not-so-secret, not-so-hidden agenda of HAYOVEL! They are the tip of the spear for Christians to "make aliyah"!

Interviewer: "...how do we handle the issue of [Yeshu]? Because we know that we can't be even considered, we believe we are Israelites because of the covenant work of Messiah [Yeshu] and so how are those who are looking for a return on the Jewish side, how are they dealing with this, and what's the best way that we should approach it?"

Ephraim: "That takes us back to Tommy with his testimony of his relationship with the rabbis, because that's the biggest handicap. Secular Jews could probably care less about either side, but it's the rabbinic side that's very concerned about the history of the church...and all of a sudden your getting these Christians waking up to Shabbat, waking up to the Torah, waking up to Hebrew roots, ...and all of a sudden the dynamics have changed in the relationships. And these are the ones who are really enthusiastic about coming back to the Land and these tribal ones, they could stay in their tribes as far as they're concerned and live out their lives in the nations, but you have a whole different dynamic now with believers [in Yeshu] who understand the scriptures and the prophets and the covenants and all these things, so this is the greatest challenge right now to the rabbinic community, but I think Tommy has a tremendous answer in his relationship with the rabbis that he has been in contact with...it hasn't been all good because some of them have wanted him out of the country out of the area, and so it's been a very interesting battle for him."

Tommy: "...the key here in the restoration, ...we're in a position to bring honor to the name of [Yeshu] and ...first...he has to be recognized in his messianic place as a good Jew, so right now a Jewish person cannot accept [Yeshu] in his basic deal as a good Jew.

Rimona: "What we've just heard Tommy describe is a precursor of how Judah and Ephraim will begin to walk together... Although we want everyone to go to Israel, they can go to Israel by way of Missouri."

In other words, through Tommy Waller's HaYovel compound in Missouri! HAYOVEL is their "Key to the Kingdom"!!