"A Picture Is Worth a Thousand Words" 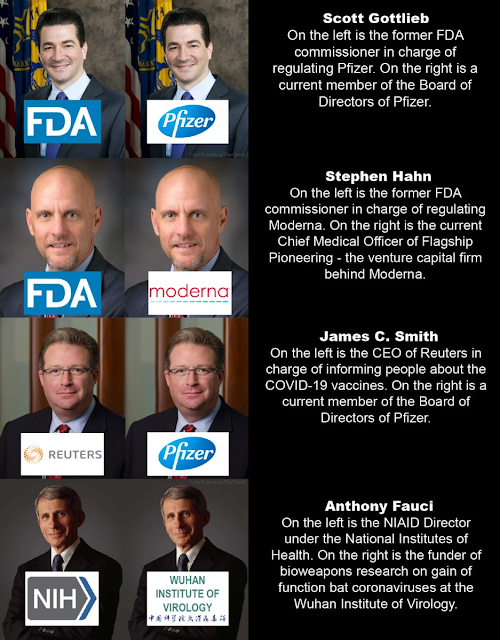 The Kumah organization which promotes aliyah to Eretz Yisrael has made available free on their website an English translation of "a short and little-known book by kabbalist Rabbi Mordechai Atiyah." It's called "Lech Lecha" and it "expounds on the tremendous merit of making Aliyah – and the misfortune of those who will not."
You can download a copy of the booklet here. Following are some excerpts:

"...those who dilly-dally and refrain from coming to the Land, and explain that they are waiting for the Messiah, are making a basic error. For one who believes in the Messiah and truly awaits him must do so in the Land of Israel. This is just like one who waits for a king must get there a few hours early in order to get a good spot, and to show honor to the king by waiting for him; he should not wait in his own house, causing the king to arrive first and have to wait for people to show up."
"...Whoever confidently views himself as a citizen of a foreign country is living in error, misleading himself and others, and bringing evil upon himself and his descendants. Come and see what the Gaon Yaavetz wrote in his commentary on the Siddur:
'...And do not think of ever settling outside the Land, G-d forbid. For this was the sin of our forefathers that led to a 'weeping for generations' - the sin of rebuffing the Land. It was this sin that caused us such suffering throughout the generations, with nary an opportunity to live in serenity.' "
"...those pious people who fear the word of G-d and are careful in the performance of His commandments, must understand that learning Torah outside the Land strengthens our enemies and those who wish us harm. On the other hand, learning Torah here in the Land of Israel strengthens the forces of sanctity and the Divine Presence,...."

REMINDER:  Please note that motzaei Shabbat is 11 Marcheshvan - the yahrtzeit of Rachel Imeinu.

They Just Don't Get It!

Jews are at the mercy of the goyim in foreign lands, but they have the chance to create their own reality in their own homeland.  That's why HKB"H brought us here.

Heaven is not going to give up on you Diaspora Jews.  It is going to just get harder and harder for you to remain in the impure lands until you get with Hashem's redemptive program.

How Do You Spell Opportunity? C-O-V-I-D!

Get ready for a "Dark Winter."

COVID-19: The 4 building blocks of the Great Reset
The World Economic Forum’s Great Reset initiative seeks new ideas in order to use this unique moment in history provided by the disruption to economics, politics and our everyday life to catalyze a new approach to how our societies are run.

Gravitas: The global energy crisis explained
Posted by Devorah Chayah at 11:53 AM 2 comments:

W.H.O.'s "Smoking Gun" - What They Knew About Vaccine Safety

One shocking revelation after another.  This is everything you need to know.

Beware the alternatives being rolled out. If they can't get you one way, they'll try another.

...So Gabizon teamed up with Prof. Shlomo Magdassi — an expert in the field of nanotechnology from the Casali Institute for Applied Chemistry at the Hebrew University of Jerusalem — and together devised a way to break down the oil into tiny particles that can slip through the liver undetected and make their way to the brain.

Bringing G-d's Truth to the World

Has the location of Noah’s Ark finally been proven using 3D scans? 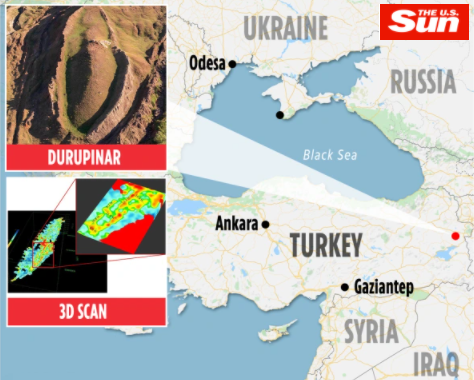 "And He blotted out all existence that was on the face of the ground - from man to animals to creeping things and to the bird of the sky; and they were blotted out from the earth. Only Noach survived and those with him in the Ark." (Gen. 7:23)
Parashat Noach raises the following question: Why did G-d wipe out all of the beasts, birds, and crawling things in the flood? If man sinned, why should the animals suffer? Rashi explains: "The entire creation is for man, and when man is wiped out, who needs all these?" That is, the purpose of the creation is not simply to exist, but rather to actualize the destiny of the Creation. The moment there is no purpose (which is the case after G-d wiped out man, for whom the world was created), then the animals must perish since there is no longer a reason for their existence. Here, too, the moment the deeds of man prove that there is no longer a possibility for him to fulfill his destiny, his existence is no longer necessary, and he perishes. But we are still left wondering: All that creation, just for annihilation? All those generations before the flood (a span of 1654 years) were for nothing?
The answer is no. Harsh though this verses may be, a verse appears at the very end of Bereshit which turns everything around: "But Noach found grace in the eyes of G-d." And while this lonely verse may appear to be only a small comfort to a world gone astray, the truth is that this one verse is everything. Even if we are speaking about one individual, he is the one who counts. Noach is the justification for the world's continued existence.
G-d created the world for the sake of those who will eventually fulfill the world's destiny, and He is not deterred by the possibility that there may be just a very few out there who may be willing. What really counts is that small ray of light that sometimes is not paid much attention to, but illuminates the world with the light of the world's true destiny.
But...
For 120 years, Noah fulfilled G-d's commandment and built the ark, all the while warning the people in his generation about the impending flood. When the people would pass by his house and ask what he was doing, he would reply, "The Almighty said that He is bringing a flood upon the world". The people reacted with vicious mockery. (Bereishit Raba 30:7)
The question that can be asked is the following: For 120 years Noach warned of the flood. And what came out of it? At first glance absolutely nothing! In the end, the flood wiped out the entire world, except for whom? Except for Noach and his family. Not even one person was convinced to do "teshuva." Not even one! Noach's "life endeavor" of 120 years was a waste of time. Or was it?
The story of Noach provides us with a concrete illustration as to what the true role of the chastising prophet is. Certainly the major goal of the warnings and admonishment are to direct the people onto the proper path, in the hope that they will do "teshuva" immediately. But in contrast as to what one might think, if the prophet does not succeed in bringing the people to "teshuva," this does not necessarily mean that he failed! A deeper look will reveal that the rebuke in itself has value. If we look at the prophets of Israel, we will notice an amazing fact: Generally speaking, they were a dismal failure. It seemed as if they influenced no one. The people were not interested in hearing them, and did not change their evil ways. Does this mean that there was no value in the warnings of the prophets? Of course not. After all, the words of the prophets are inscribed forever in our holy Tanach.
The answer to this question can be found in G-d's answer to Ezekiel when He appoints him as a prophet (chapter 2) "And He said to me, Son of man, I sent thee to the children of Israel...that have rebelled against me...and you shall say to them, Thus says the Lord G-d. And they, whether they will hear, or whether they will refuse to hear, (for they are a rebellious house), so that they shall know that there has been a prophet amongst them." And afterwards (3:7): "But the house of Israel will not hearken to you..." Can this be? If G-d knows that they will not listen, why send Ezekiel out and put him through such humiliation and abuse? And so a new concept is learned here. The saying of truth has value, even if it has no apparent influence at that particular moment. What is the value? "So that they shall know that there has been a prophet amongst them." Even if immediate results are not seen, the value of the warnings are that they manifest the bringing in of G-d's word into the world. The prophet who expresses G-d's truth is giving expression to G-d's actual presence in this world. It is showing us that the world is not "hefker"...[ownerless]. There is justice in the world. By so doing, the prophet in essence sanctifies G-d's name.
-
(Compiled by Tzipora Liron-Pinner from "The writings of Rav Binyamin Ze'ev Kahane" HY"D - end of commentary on Parashat Bereshit and commentary on Parashat Noach)
-
~ SHABBAT SHALOM ~
Posted by Devorah Chayah at 10:08 PM 2 comments:

This volcano has already out-performed all the predictions and it is only showing signs of strengthening further.  This should give us all pause, especially during the week of Parashat Noach when we recall the terrible judgment with water that took place at that time.

The looming threat of a mega-tsunami that could wipe out tens of millions of lives across the planet, and primarily in the West, should move us all to increase our teshuvah and desire to please (and placate) our Creator!

May it be a new month of only happiness and good news!!  Chodesh tov to all!! 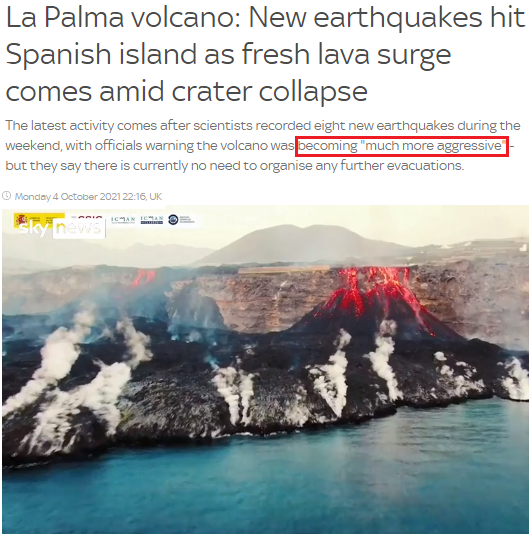 The Fiery Mountain throws out balls of fire, earthquakes intensify
Posted by Devorah Chayah at 9:28 PM No comments:

President of the Most Powerful Country on Earth

Mayor of the Most Powerful City on Earth
"The Superhero Mask Song"
(AND THERE ARE AT LEAST 15 MORE LIKE IT ON YOUTUBE!)
Your Bodily Autonomy is Subject to the Greater Good
Add your contribution in the comments.  CHODESH TOV!!
Posted by Devorah Chayah at 10:03 PM 1 comment: