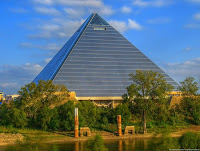 Last week, I vaguely noticed that two of the cities mentioned most prominently in the news about the latest flood disaster to hit the United States were named for Egyptian cities---Cairo (Illinois) and Alexandria (Virginia). But, it wasn't until I glimpsed, in a video, the image of Pyramid Arena on the Mississippi River waterfront in Memphis (Tennessee), where the worst flooding in their history may be taking place, that it made a huge impression. Because Memphis is also the name of a city in ancient Egpyt.

The message is clear. America is the modern-day Egypt and all the more reason for Jews to leave there as soon as they possibly can. 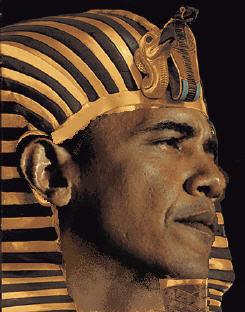 Posted by Devorah Chayah at 4:09 PM 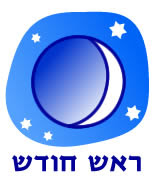 30 Nisan 5771
Day 15 of the Omer
(2 weeks and 1 day)
The Month of Iyyar: From Darkness to Light
...Iyyar - the month of brightness, marks the passage from the darkness of slavery and exile to the brightness of revelation and the acceptance of G-d's Torah, and the yoke of heaven, by the Israelite nation. When we, the children of a nation that walked with G-d in the desert, raise up His expectations of us proudly upon our shoulders, and allow Him to dwell in our hearts, then He guides our steps. When we are determined to lay the foundations for His Holy Temple onto the everlasting bedrock of Mount Moriah, in the holy city of Jerusalem - then our future - like the month of Iyyar - will truly shine bright.
Read it in full at the Temple Institute's website.
Posted by Devorah Chayah at 2:58 PM

I feel a new conspiracy theory coming on 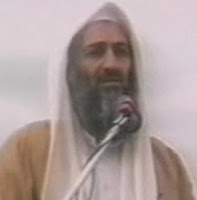 28 Nisan 5771
Day 13 of the Omer
(1 week and six days)
The big news of the day is that the arch-terrorist enemy of the West, Osama bin Laden, has received his just desserts at the hands of a US Special Forces team on orders of Barack Hussein Obama, the (maybe) President of the United States (if he was eligible for election in the first place).

As a blogger, I suppose I have to weigh in on this. I mean, it's kind of traditional to comment on the biggest news of the day and this is pretty big---if it's true. And therein lies the rub. The way our world is today, we have no idea what, if anything, in the news is real or really the way it is being reported.

I still have my doubts that Osama was behind 9/11. (More likely he was a CIA asset turned scapegoat for a masterful false flag operation.) Or that the US hasn't known where he was all this time.

I mean, come on! They spend ten years tracking him, finally find him, kill him and then they dump his body into the sea without giving the world visible proof-positive evidence that they really got their guy? All we have is the government's word for it??

This is enough to set my mind wondering and imagining all sorts of possible conspiracies. That's what happens when you live in the World of Lies.
Posted by Devorah Chayah at 2:04 PM

(CNN) -- With the official state death toll now at 337, the Wednesday through Thursday tornado outbreak is the second-deadliest single day for tornadoes since recordkeeping began, the National Oceanic and Atmospheric Administration said.

The outbreak is also on record as creating the most number of tornadoes in a single day.

Records go back to 1680. Since then, there has been only one other date in U.S. history on which more people died during a severe weather outbreak, according to the National Weather Service.

Weather officials say the reason why so many perished was due to the size and path of the tornadoes. Meteorologists rely on what is called an "Enhanced Fujita Scale" to rate the severity of tornadoes.

The lowest ranking, EF0, applies to twisters with recorded 3-second wind gusts of 65 to 85 mph, according to the National Weather Service. The highest, an EF5, is assigned to tornadoes with speeds of more than 200 mph.

The weather service has so far recorded 11 tornadoes with EF3 ratings or higher that struck central and north Alabama on Wednesday. Some of the twisters were three-quarters of a mile wide and traveled dozens of miles, experts said.

"That's an astounding amount for a single-day tornado event." said Krissy Scotten, a weather service meteorologist in Birmingham, Alabama. "It's one of those instances where you had very large tornadoes on very long tracks hitting heavily populated areas."

"When you put that together, you're going to see large loss of life and massive devastation," Scotten said.

According to the National Weather Service:

-- The deadliest single day for tornadoes was on March 18, 1925, with 747 fatalities across seven states.

-- As of Saturday morning, the Wednesday-Thursday outbreak has seen 337 fatalities across six states.

-- An EF4 tornado that struck Pleasant Grove, Alabama, was produced by an astounding supercell thunderstorm that began in Newton County, Mississippi, and dissipated in Macon County, North Carolina. That supercell lasted 7 hours and 24 minutes and covered 380 miles, producing several strong to violent tornadoes along the way.

-- The agency estimates that on Wednesday-Thursday, there were 211 tornadoes.

-- The largest previous number of tornadoes on record in one event took place from April 3-4, 1974, with 148 tornadoes.
HISTORIC FLOODING UNFOLDING...

As if tornadoes and damaging thunderstorms were not enough, historic flooding is also threatening the Mississippi River, below St. Louis, as well as the lower part of the Ohio River.

The rising waters are expected to top levels set during February 1937. This mark is the middle Mississippi Valley's equivalent to the 1993 event farther north along Old Man River.

Even if rain were to fall at a normal rate for the remainder of the spring, the consequences of what has already happened in the Midwest will affect the way of life, property, agriculture and travel/shipping/navigation for weeks in the region.

While the amount of evacuees currently numbers in the hundreds, it could soon number in the tens of thousands as levees are topped or breached and rivers expand their girth into more farming communities, towns and cities.
Posted by Devorah Chayah at 9:34 AM