Since its inception, Christianity - the religion of Rome (and Western Civilization) - assimilated all other religions into itself through co-opting their holidays (see Halloween for one).  By creating "Judeo"-Christianity where Christians are "co-heirs" with the Jews (i.e. of the covenant, the Land and the promised destiny) whether by virtue of being descendants of the Ten Lost Tribes ("Ephraim") or simply as "grafted in" sons and daughters of Avraham Avinu, c"v -  they mean to assimilate the "extremists" (read Maccabees) among us out of existence.  (It is supported at high government levels - both US and Israeli).

By the way, this is another example of a Christian organization that remained in operation during the lockdown while Jews are losing their businesses.
(See further on this blog here, here, and here.)

JH Israel - The Story from JH Israel on Vimeo.

JH Israel’s website boasts that with its new Israeli government contract, the Ariel facility becomes “the only recognized provider of leadership and biblical content for Israel’s Ministry of Education.”

An education ministry spokeswoman confirmed that a contract for almost a million shekels of state funding had indeed been signed....

“Israel is under attack,” he began. “This time though, the threat is not from Iran, Hezbollah or Hamas. It comes from a fringe group within Israel, which needs to be eradicated swiftly and forcefully.”

Bennett said that the attackers are Jewish extremists who said they are acting in the name of God, but in reality desecrate Him, Judaism and the Jewish people, and represent no one but themselves, not the mostly law-abiding residents of Jewish communities in the West Bank. They are a fringe group who want to destroy Israel as a Jewish and democratic state.

“They are terrorists,” he added, vowing to use all means at Israel’s disposal to defeat them. “They are anarchists, a fifth column…they must face the full force of Israel’s justice system and its defense establishment.

...“These extremists threaten Zionism, our future and our statehood,” he stated. “We must do everything in our power to stop them.”

Calling himself “the leader of Israel’s right-wing camp,” Bennett ...wrote that he “believe[s] in coexistence and working together with our neighbors to create stability, economic prosperity and a safe, secure future for all of our children, Israeli and Palestinian, without regard for their religion or sexual orientation.”

As education minister, Bennett said he supports tolerance, including having Jewish schoolchildren learn more about Arabs, their culture, history and language, and called for Palestinians to do the same,....   (Source)

They are ALL in on it - especially the so-called "right-wing"!  No salvation will come for us through the existing system!! 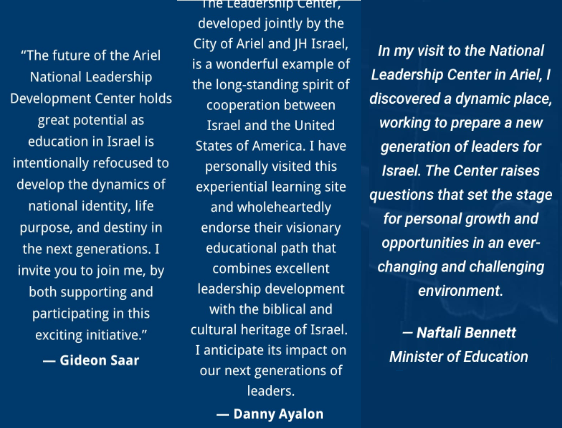