While the US Continues its Slow Roast... 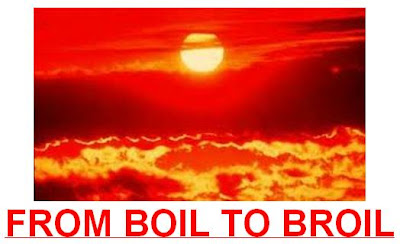 Torrential rain is causing disruption as a month's rain falls in parts of the UK within one day.

The worst monsoon floods in a decade to hit a remote northeastern Indian state have killed more than 80 people and left two million people homeless.

Over 100 killed in floods, landslides in Russia

You should really check out the details at the links. The damage being reported is horrendous.
Posted by Devorah Chayah at 9:50 PM