India in the Dark 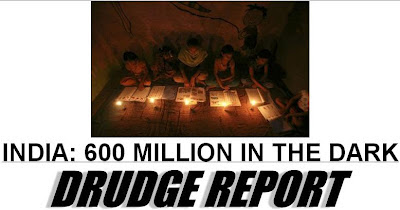 I keep wondering if these ongoing incidences and reports of major electrical outages across the world are a warning of what's to come. I've heard reference to Jewish sources which describe a future period when the entire world will be engulfed by fifteen days of darkness. (Anyone with the actual source for this is invited to post it in the comments section.)

ELECTRICITY GRIDS FAIL ACROSS HALF OF INDIA

NEW DELHI (AP) -- India's energy crisis cascaded over half the country Tuesday when three of its regional grids collapsed, leaving 620 million people without government-supplied electricity in one of the world's biggest-ever blackouts.

The massive failure - a day after a similar, but smaller power failure - has raised serious concerns about India's outdated infrastructure and the government's inability to meet its huge appetite for energy as the country aspires to become a regional economic superpower.
Posted by Devorah Chayah at 2:39 PM