Which Disaster Will Strike Next? 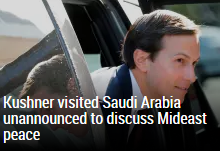 ‘REALLY BIG’ EARTHQUAKE IS COMING, STRIKING 7 MILLION PEOPLE IN THE WORST NATURAL DISASTER IN NORTH AMERICAN HISTORY
Posted by Devorah Chayah at 8:46 AM