Sukkot may be over, but the war continues...

I find "collaborate" to be an interesting choice of words in this quote from the Christians who have organized a joint Christian/Jewish Bible Study in the Knesset which is scheduled to begin on Sunday, October 15, 2017.

On the same day, there will be yet another attack on the purity of Am Yisrael with the help of those the Christians themselves would term "collaborators." 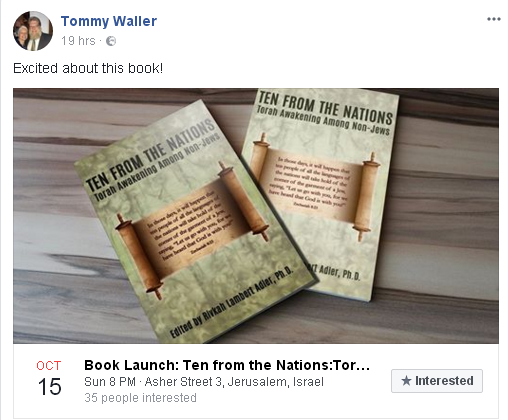 Why is Tommy Waller excited about this book launch? Because it will help to further the Ephraimite/Hayovel long-term plan for claiming their inheritance in Eretz Yisrael by building relationships that bring Jews and Christians together as "one new man."

Back in May 2017, I wrote a blog post which included a portion of an interview given by Rivkah Adler to New Covenant Israel Radio* in which she described her book idea and asked for people to send her their stories. She compiled them into this book which purportedly represents the "Torah Awakening Among Non-Jews."

But, the term "non-Jew" can be misleading. The majority of the names of people whose stories are included in this book are associated with the Ephraimite Christian movement like Tommy Waller. And this language - "Torah Awakening" - is used on their websites, except they use the word "Christian" rather than non-Jew.

Those chosen to be in this book, by and large, remain believers in and followers of the Christian man-god Yeshu despite however many years they've been in contact with "Orthodox" Jews. They are supposed to be on  a "path", but they aren't arriving at the truth. And they are supposed to be "awakening to Torah," but they remain with eyes firmly closed to the Torah's truth. We were told in 2006 that Tommy Waller was on this same path that turns out to lead nowhere as today he has not budged an inch from his original Christian faith.

Fast forward five months. The book is finished and ready to be launched... 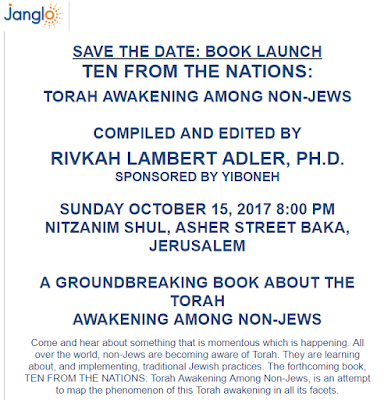 [You can see who is going here.]

Listen to what Rivkah tells the Hebrew Nation (Ephraimite Christian) Radio about it...

...followed by an interesting response from Mike Clayton**...

Coincidentally (or not), Hayovel recruits volunteers via Hebrew Nation Radio...

When Mike Clayton speaks of Christians awakening to or embracing Torah, what Jew would imagine that it's just another veiled reference to the Christian man-god Yeshu?

Here is more Ephraimite theology from a "non-Jew" who is "awakening to Torah"...

The following comes from the website of the woman whom Rivkah credits with inspiring her to compile this book. Her story is included in it...

Two thousand years ago, the Maccabees fought a 25-year war to eradicate Hellenism from our land. It wasn't long before the Greek Hellenism was replaced by the Roman Christianity as the next attempt to assimilate Jews into extinction.

After 1900 years of failure, they finally hit upon the right combination for some success. "If you can't beat 'em, join 'em." At first it was called Hebrew Christianity, then Messianic Judaism followed by the so-called Ephraimite movement. Daniel Botkin talks about it in an article he wrote in 2002 called "Jewish People and the Two-House teaching", meaning the two houses of Israel - Judah and Ephraim:


We should be aware of the fact that Orthodox Jews do expect Mashiach (Messiah) to regather the twelve tribes. Perhaps it could be pointed out to them that the descendants of the tribes are indeed being regathered from among the Gentile nations as they come to Yeshua and into the Messianic Community.

Centuries ago, when virtually all Gentile Christians just lived a typical Catholic or Protestant lifestyle, the suggestion would not have been so feasible. But now that so many Gentile Christians are embracing the Torah, honoring the true Sabbath, and celebrating the Biblical Feasts, the idea may not seem too far-fetched for Orthodox Jews to consider it. (Some already do believe it, by the way.)

And if they are persuaded that many of these "Messianic Gentiles" are really descendants of the ten northern tribes and are awakening to their Israelite identity because of their faith in Yeshua of Nazareth, then they might also be persuaded to consider His Messianic claims more seriously than they did in the past, when they viewed Christianity as just another pagan religion.

So, this "phenomenon" which Rivkah Adler is so eager to connect Jews with is just another Christian ploy to bring Jews and Christians together into one people under Yeshu.

How unfortunate that she also has the cooperation and apparent approval of some high profile Jewish names to back her up. The back cover of the book lists Rabbi Tovia Singer as a contributor and prominently includes an apparent haskamah with a brachah for the book's success by Rabbi Alon Anava. 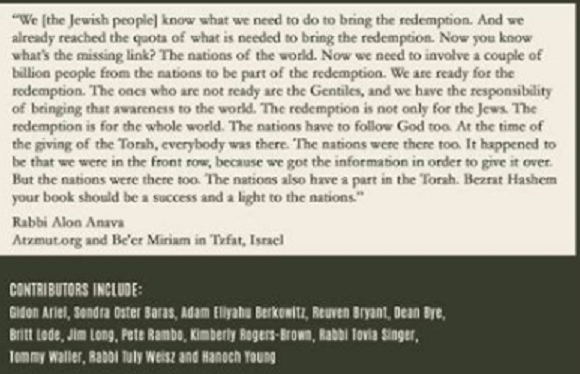 Despite the bold display of the prophetic quote on its front cover... 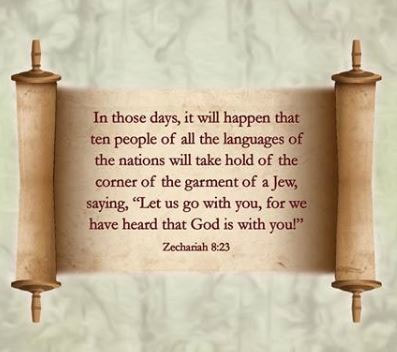 ...there is no way the pure words of this prophecy describe the idolatrous Christian connivers featured in the book's pages.


I pray with all my heart that these misguided Jews will awaken (and soon!) to the error of their ways. As for the rest of Am Yisrael - be aware, be informed, keep your distance and warn others.

** Clayton was a part of the Hayovel harvesting team in 2012-2013 and regularly lectures to Hayovel participants and at messianic congregations
Posted by Devorah Chayah at 8:30 PM