The Pope's Assassins and Saboteurs?

The Jesuits are the military arm of the Vatican. They've been described thusly...

They are overlords of chaos. In a nut shell the Jesuits are Warlords, Assassins, Teachers, Infiltrators, Tyrants.

It's clear who is in the Pope's pocket and who isn't. Of the three big powers, the US is right up top and though Russia tries to pretend otherwise, it's on board, too. 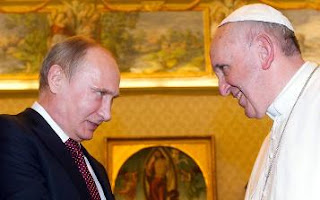 Judging solely on the basis of personality, Pope Francis and Russian President Vladimir Putin may seem an odd geopolitical couple. Francis is a man of compassion and peace, while Putin is quite possibly the single world leader you most wouldn’t want to run into in a dark alley.

Yet when Francis and Putin meet on Wednesday in the Vatican, it will bring together two figures who’ve forged an improbably strong partnership. (Source)

But what about China? A year ago...

Pope Francis...invited the President of China, Xi Jinping, to meet him in the Vatican to discuss world peace, but he has also expressed his own willingness to travel ‘tomorrow’ to Beijing for this same purpose if that were preferable.

He issued the invitation in a letter which he signed and entrusted to Ricardo Romano, a leader of Argentina’s Justicialist Party ..., accompanied by José Lujan, a representative to the Academy of Chinese Sciences to the Mercosur. Mr. Romano handed the letter to a Chinese diplomat that is understood to enjoy the full trust of President Xi Jinping.

...The decision of the Pope to send the letter of invitation to the Chinese leader arose out of a 90 minute meeting held at Santa Marta, the Vatican guesthouse where Francis lives, on the evening of September 3. The meeting focused on the geopolitical situation and the conditions for bringing about a lasting peace in the world, Infobae reported.

Besides the Pope those at the meeting included Ricardo Romano and José Lujan from Argentina, and two of the most senior Vatican officials: the Italian Cardinal Pietro Parolin, Secretary of State (a rank equivalent to that of Prime Minister) who knows the situation in China very well having held that brief in the Secretariat of State for several years in the first decade of this century, and Archbishop Dominque Mamberti, the Moroccan born Secretary for Relations with States (the Vatican’s ‘Foreign Minister’).

Ricardo Romano, speaking to Infobae, recalled that one of the conclusions reached at the meeting was the importance for the Vatican to develop good relations with China and its leadership so as “to contribute to the taking of decisions of a multi-polar nature that would guarantee a greater degree of governability in the service of a more fraternal world society and with a greater level of social equity.”

They also concluded on “the need to consolidate a multi-polar world as an element to support a new governability that would reduce the conflicts, the violence and the suffering inflicted on peoples through this ‘piecemeal’ Third World War which the Pope has denounced.”

Mr. Romano recalled that during their discussion at Santa Marta the Jesuit Pope repeated what he had said on the plane from Korea on August 18, “Yes, I said I would like to go to China. Tomorrow! ” He then added, “I am a general doctor but, on themes that relate to Asia, Monsignor Parolin is the surgeon!”

The Pope then decided to write a letter to President Xi Jinping, in which he expressed his esteem for “this noble and wise people” and invited the Chinese leader to come to the Vatican to talk with him and to reflect together about world peace but, at the same time, he also expressed his own willingness to go to Beijing for this same purpose if that were preferable.

The Argentine news-site, Infobae, reported that three days after that meeting in the Vatican the Chinese Government in Beijing designated one of its diplomats with broad Latin American experience, who had organized the visits of the Chinese leader to Latin American countries and who is said to have the total confidence of President Xi Jinping, to receive the Pope’s letter from José Lujan and Ricardo Romano.

After handing over the letter to the Chinese diplomat, Mr. Romano told Infobae that he had come to the conclusion that “in spite of the conflicts between Beijing and the Vatican the recognition that the stature of the Holy Father has reached (in the world) is such that, sooner or later, the President of China will visit Francis in the Vatican or receive him in Beijing”.

It remains to be seen how the Chinese President will respond. (Source)

Well, there was no response from China And then this happened... 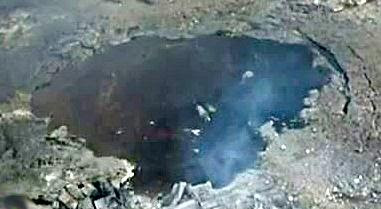 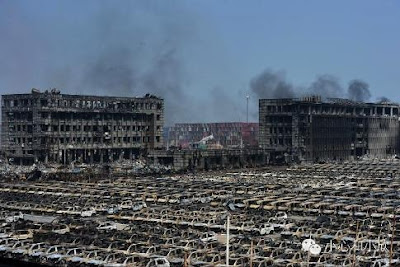 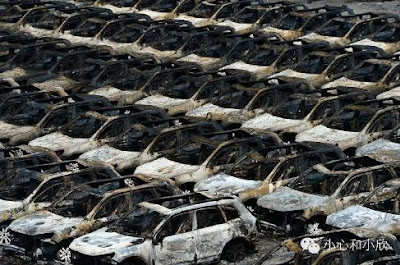 A few days later, the following was being reported by Vatican news...

In a rarity that may suggest an opening in Vatican/China relations, Chinese TV networks dedicated airtime to the pope Saturday, reporting Francis’ words on a tragedy that rocked the coastal city of Tianjin, where a chemical plant exploded late last week leaving more than 100 people dead.

According to the Italian Catholic blog Il Sismografo, journalists living in Beijing described the reports on China’s state-sponsored television as an important gesture, with no memory of a similar broadcast dedicated to the pope in recent years.

“My thoughts go out, in this moment, to the people of the city of Tianjin, in northern China, where several explosions in an industrial area have caused numerous deaths and injuries, and extensive damage,” Francis said Saturday.

“Those who have lost their lives, as well as all those touched by this catastrophe, are in my prayers,” he added....

To date, the Vatican has diplomatic relations with 180 of the 193 states recognized by the United Nations, and in a list that includes Vietnam, North Korea, and Saudi Arabia, China is the biggest prize among the remaining holdouts. (Source)

I leave the conclusion to you.
Posted by Devorah Chayah at 9:39 AM