Will There Be A War Today?

They are opening bomb shelters up north so it looks like we might need to re-open the War Room tonight or rather this morning (1 am as I write this). 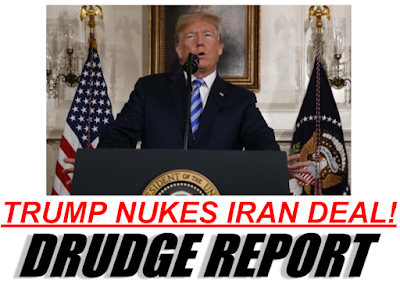 Report: Missiles aimed at Israel targeted in base
strike
Israeli missile defense batteries ranged on Golan
Iran is on the point of attacking Israel, Pentagon sources reported Tuesday night, minutes after President Donald Trump pulled the US out of the Iran nuclear deal. Israel has lined up an array of missile defense batteries on the Golan border with Syria, including Arrows, David’s Wands, Iron Domes and Patriots. Air Force jets are flying overhead. The IDF has ordered residents of the Golan, Tiberias, Safed, Rosh Pinah and other parts of Galilee to open bomb shelters and have them ready for an attack. The order was issued after “a string of unusual sightings among Iranian forces in Syria” in readiness to fire missiles, and Israel defensive measures were placed on maximum readiness.
Posted by Devorah Chayah at 1:47 AM