We've been focusing on those hoping to make the shidduch between Jews and Christianity using HaYovel, but there is actually another group working to close the gap between Jews and Islam, too.

It would seem that they view Adnan Oktar (aka Harun Yahya) as the "bridge". But, I can't imagine why, because a more slimy, unsavory character would be hard to find. 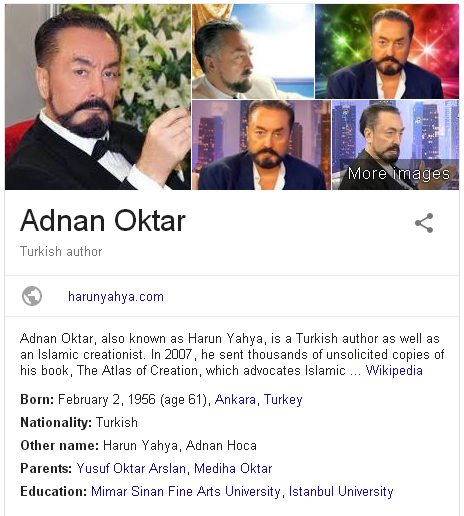 Adnan Oktar (born 2 February 1956), also known as Harun Yahya, is a Turkish author as well as an Islamic creationist. In 2007, he sent thousands of unsolicited copies of his book, The Atlas of Creation, which advocates Islamic creationism, to American scientists, members of Congress, and science museums. Oktar runs two organizations of which he is also the Honorary President: Bilim Araştırma Vakfı (BAV, literally, "Science Research Foundation", established 1990), which promotes creationism and Milli Değerleri Koruma Vakfı (literally, "National Values Preservation Foundation", established 1995) which works domestically on a variety of moral issues. In more recent years, Adnan Oktar has been known for his televangelism on his TV channel, A9 TV, noted especially for featuring 'kittens'*, his female devotees. His organization is commonly referred to as a cult, and he has been described as the "most notorious cult leader in Turkey." Oktar filed more than 5000 lawsuits against individuals for defamation in the last decade, which led to the blocking of a number of prominent websites in Turkey.

[*'kittens' - Five Turkish bombshells, they are often referred as the girls, angels or kittens of Adnan Oktar, a self-taught Islamic preacher who gained respect for his fervent Creationist teachings. He presents his beliefs as a reformed and urbanized version of Islam, where he clearly states Muslims, Christians and Jews should unite against the corrupting influence of Darwinism.]

A Christian organization said this in 2013 about a famous video of rabbis of the "nascent Sanhedrin" meeting with Oktar:

The Jewish Sanhedrin, a recently reinstated public body of Jewish leadership, has voiced their agreement with some Muslims that the coming Mahdi is the Messiah. Both agree that the building of the Temple is one of the stages in the Messianic process. In this interview, they attempt to bring Christians in as part of the "divine plan." Author Adnan Oktar recently met with three representatives from the re-established Jewish Sanhedrin, a group of 71 Orthodox rabbis and scholars from Israel, to discuss how religious Muslims, Jews and Christians can work together on the project.

Here is how the connection with Oktar began.


Sanhedrin: Non-Jews have the right to worship on the Temple Mount

Rabbis of the Sanhedrin have sent a letter to the heads of countries in the world with a call to Israel to encourage the establishment of the Temple and participate in prayer on the Temple Mount, which is not reserved only for the Jewish people, they said, and that is what will bring peace. ...The Rabbis of the Sanhedrin write that prayer on the Temple Mount is a right reserved for all people, and even an obligation, as long as it is done in the permitted places - according to the person praying, beginning from Cohanim, Levites, Israelites, ending with B'nei Noach. They also added, based on a Jewish "midrash", that the non-Jews can arouse Israel to fulfill its role and to help building the Temple.

One Muslim, Adnan Oktar, answered this call and invited rabbis from the Sanhedrin to come to Turkey.

That group pictured above including pastors, rabbis and imams was taken at a grand Ramadan end-of-fast dinner hosted by Adnan Oktar, the Islamic "televangelist, in Turkey. Here are some more pictures of that meal from Oktar's facebook page. It was just days ago. 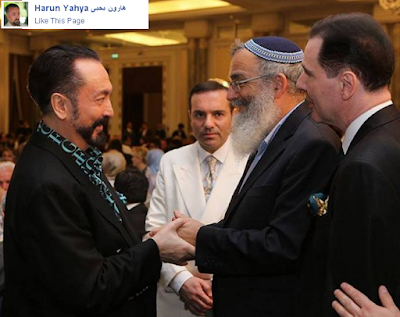 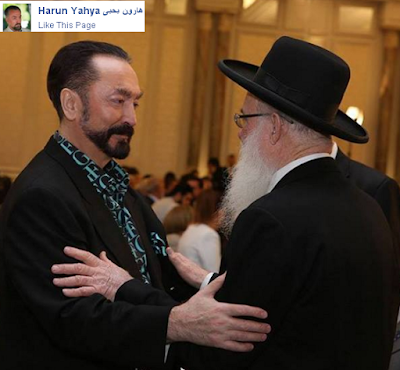 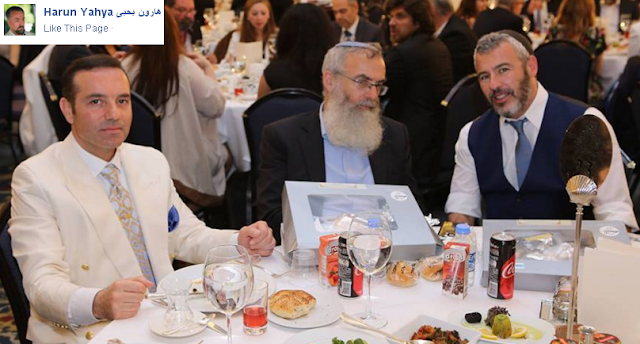 From another video posted in Jan 2016 documenting yet another meeting with "rabbis" of the "Sanhedrin"...


Rabbi Loebel: ...We are aware of the excellent books of Islam which Mr. Oktar has been publishing over the years. We have initiated contacts to bring Mr. Oktar's understanding of Islam to our Ministry of Education, to adapt the books of Mr. Oktar for schools – both for the Muslim sector and for basic knowledge of Islam necessary for mutual understanding between Muslims and Jews. We also have initiated a process by which these books will be adapted for use in the process of rehabilitation of Muslims. We ask your help in these projects; preparing the syllabus and the textbooks.

This vision must be taught in Israel and in Gaza.

The Islam of Mr. Oktar, the Islam of tolerance and compassion and understanding and respect and dignity for all believers is exactly the medicine that the world in this 21st Century needs.

As with Christianity, so with Islam. Each side thinks the other will yield to his "truth" willingly...

Look I am a Muslim and the rabbi who came here is loving towards me. He says, "you are the sons of Noah." You speak of him like the enemy. Why is this? There is no such thing. Since they do not know our Prophet (pbuh), they do not submit to him. After they know him, they do. For example, the rabbi who came here - I am not going to give his name - when I talked to him, he said, "it is clear that he is a just and true Prophet." He said, "When I look sincerely I can see that he is a real prophet." he says, "just like we accept the prophet Abraham, we must also accept Prophet Mohammad (pbuh)." He spoke very openly.

But of course they are not all like this. In the time of the Mahdi, our Prophet (pbuh) says, some Jews will believe and the chest of Solomon will be brought and put in front of the Mahdi.

Look, the Messenger (pbuh) says this. Except for a small group, all Jews will become Muslims in the time of the Mahdi. It is very clear.

And, of course, Yehudah Glick, will not be left behind: VIDEO HERE. [Keep barf-bag handy for when Glick gets up from his seat to approach Oktar and hug him repeatedly.] 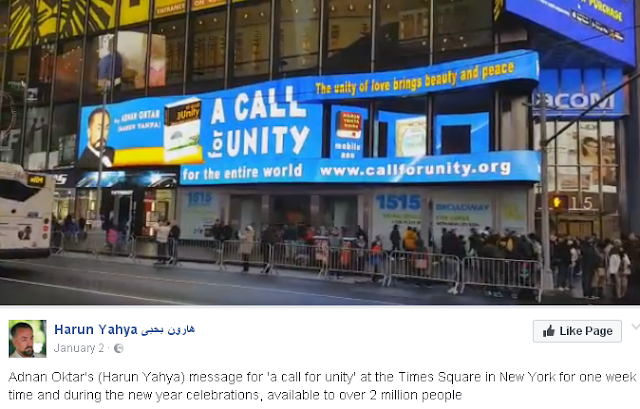 There is not the urgency to do anything in this case since it is happening outside the Land of Israel and it is not about bringing more idolatry into our land. But, good Jews need to be informed about the true nature of the 'End of Days' agenda many Jews (so many of them Anglos raised in America) are promoting around the world - to bring all the religions together as one.

It occurs to me that this "unity" is very much like the three-in-one "unity" taught by the Christians - Islam/Religious Zionism/Christianity, when Judaism envisions a true unity of ONE - ECHAD...


"That you may know today and understand this truth: that Hashem alone is God in the heavens above and on Earth below; there is none other. ...On that day Hashem will be One and His name One.” .