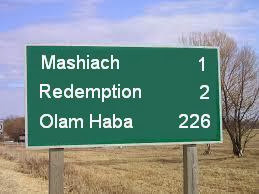 As on any long trip, we wonder when we will finally arrive at our destination. Children are known for that oft-repeated phrase "How much longer?" The ride at times seems interminable. Like any good and sympathetic father, Hashem gives us signposts along the road to Redemption - "Not much farther now. We're almost there."

Fate of Ark of the Covenant Revealed in Hebrew Text

A newly translated Hebrew text claims to reveal where treasures from King Solomon's temple were hidden and discusses the fate of the Ark of the Covenant itself.

...The newly translated text, called "Treatise of the Vessels" (Massekhet Kelim in Hebrew), says the "treasures were concealed by a number of Levites and prophets," ....

It is no coincidence that Former Prime Minister Ariel Sharon passed from this world on Parshat Beshallach. Besides the obviously messianic splitting of the Red Sea, there is the haftarah of Shirat Devorah :

"...[Devorah the Prophetess] shares a connection with the ultimate Redemption for through her efforts, 'the land was at rest for forty years,' and forty is associated with the Redemption."

And we have that unconfirmed report that Rabbi Kaduri, ztz"l said that Mashiach would not come until Ariel Sharon dies.

Not much farther now. We're almost there.
Posted by Devash at 7:32 PM

Vendyl Jones used that precise text from the lost Tosefta in Keilim to inform us that the Ark and other Temple treasures from the time of Betzalel are hidden under 40 set stones at Qumran across the northern tip of the Dead Sea from Har Nevo. So there is nothing new about this text. Vendyl, after spending Shabbat with us in the summer of 2005, went with us on a tiyul to show me the precise spot where he wanted to drill his bore hole. He was having difficulty getting a permit because neither Sharon nor Olmert wanted to deal with the fallout of finding the treasures from the Temple in Palestinian territory. So they kept putting up roadblocks to Vendyl's research until he contracted the Big C. and passed away. This particular level of the Cave of the Column near Qumran is at the end of a 18 km. long underground passage connecting the Cave of the Column to Har HaBayit. If you want a tour, I will show you exactly where it is. As a matter of fact, I could probably give an extensive tour of that region aka. the Valley of Achor, including the spot whee Achan is buried with all of his possessions, where Vendyl found the anointing oil and the ketoret, and where he thought was the ancient site of S'dom and Amorah.

On that road sign of this post, I would put Geulah beginning in 3 months and Mashiach coming in less than two years.

Dov - I would be interested in that tour....Seriously, if you aren't kidding and would really do it post it on your blog. I am chalishing to go and see...
CSS

Dov- First, may your fathers Neshoma have an Alya!. I'm sure he's very proud od you and what your doing to instill faith in the coming of the Geula and Moshiach!
I had been in contact with Vendyl (for a sort time), ever since I read about his research / findings in the National Geographic Magazine and when Arutzsheva had an article about him. He had told me that he needed to raise funds for 1. A drill and 2) a camera that will reach through the 30 feet of boulders (About 20 thousand
dollars!).
I had some work done on my house with the pipes going to the street. The plumber used a camera, that had a length of about 20 feet (though they make longer ones).I asked the plumber how much is such a camera, he answered about 2 grand! (Not the 25 Grand Vendyl said he needed). I wrote him and told him, "I have a camera for you Vendyl!!! He told me that 2 weeks ago he spoke to a plumber who told him the same thing!!! At least I tried! I wanted to be included!
Anyway, the reason I'm writing is I saw an article (I think it was Arutzsheva) right before Shabbos, of Leiberman saying, that he met with Kerry and agrees with his plan!(CV). So right after Shabbos I went to look for it and it was gone!! Do you know anything about this?