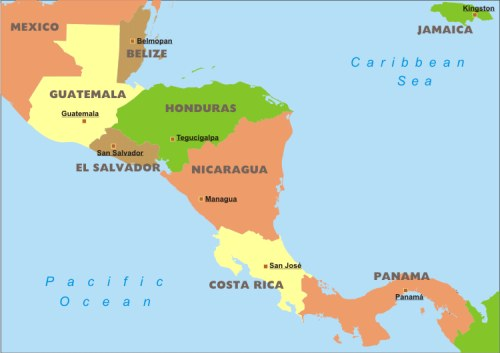 We are hearing a lot of jubilation today over the US and Guatemala moving their embassies to Jerusalem with more countries hopping on the band wagon every day, it seems - now that it is becoming popular. But I have a question. What thanks or recognition did Costa Rica or El Salvador ever get from us when for 24 years they sat alone in the 'embassy wilderness' of Jerusalem. I can't help wondering how many people even knew that their respective embassies were located in Jerusalem until 2006.

Did Costa Rica regret its mitzvah? According to JPost, dated December 2006, "The move is expected to give a boost to Costa Rica's aspirations to be named in 2007 to a seat on the UN Security Council, a post it previously has held three times."

Also in 2006, El Salvador was "the last country to move its embassy from Jerusalem in a bid to please Arab nations. ...at least for a few days, El Salvador remained the only country in the world with an embassy in Jerusalem.

I understand that if one does a mitzvah and comes to regret it, credit gets taken back by Shamayim. I agree with you that, at the time when both countries had their embassies in Y-m, they should have been thanked openly, if not secretly; however, it seems both removed them to enhance their standing with the Arabs or the UN (or both?), so that now, if I'm correct, they don't deserve our appreciation.

I didn't know they were there either, but just because of that I didn't want to assume the rest of the world didn't know! However, at this point neither country seems to want the attention, given their statements when pulling out.

I hope this helps.