I HAVE TO SAY IT 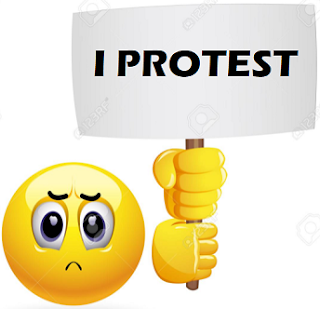 Since I didn't see it anywhere else, I have to say it here.

We've been faulted in the past for standing by and not saying anything when we see our fellows committing grave sins.  By not protesting, it is considered as approval.

This concerns two events connected to an Israeli gymnast competing in the 2021 Tokyo Olympics by the name of Linoy Ashram.

Ashram was born in Rishon LeZion, Israel, to Israeli-born parents of both Mizrahi Jewish (Yemenite-Jewish) and Sephardic Jewish (Greek-Jewish) descent. Her father Oren is a standing army soldier in the IDF, whereas her mother Hedva is a kindergarten teacher assistant. She has a brother and a younger sister.
In November 2017, at the age of 18, Ashram was enlisted to the Israel Defense Forces as a soldier. She had an honorable discharge in December 2019.
As of 2018, Ashram resides in her Israeli hometown of Rishon LeZion, Israel.
As of 2019, she started studying education and society at the Ono Academic College in Kiryat Ono, Israel.

This Daughter of Yisrael has no clue that her performance broke all records for immodesty.  From the lack of clothing to the suggestive poses, it is beyond description, and her exposure via video to billions of people...  And, of course, the "win" was on Shabbat Kodesh! I don't even want to think about the consequences she is facing.
This has already been going on for years and years, but this is the first I've heard of her and since she was allegedly acting on behalf of the country I live in, I feel duty-bound to object in the strongest possible terms.
Were this really a Jewish State, Israel would not have been participating or competing in Greek sports and its young women would not be put on display like this - EVER!!
The very fact that such a thing is being celebrated here and not one word of condemnation is to be found shows just how low we have sunk.  People think this is normal!!
The second event is related.  Binyamin Netanyahu, speaking as representative of the nation, quickly called up Linoy Ashram to congratulate here on her win - on Shabbat Kodesh! - and even posted a video of it.  The act was roundly and angrily condemned by the religious members of Knesset.
I also condemn him because he does not speak for me or mine.
Here on Rosh Chodesh Elul, the beginning of the 40 days of repentance, we have perhaps the most senior leader of the country reportedly offering an apology to the "chareidim" for his public desecration of Shabbat.
But, you know, he still doesn't get it.  He needs to be apologizing to HKB"H.  And so should we if we fail to protest in whatever way we can.
Posted by Devorah Chayah at 11:47 AM