If you are living in the 21st century, you need to become familiar with the term "synthetic biology."

...[Futurist Amy] Webb has co-written a new book, “The Genesis Machine,” with pioneering geneticist Andrew Hessel that talks about the possibilities and pitfalls of synthetic biology — the broad idea that science will allow us to change everything from how we create medicines to food to human beings. (Designer babies are, she says, the wrong way to think about it.)
As 2022 kicks off with ever-increasing levels of innovation — and plenty of hype and fear to go with it — The Washington Post chatted with Webb about topics as varied as lab-created meats, CRISPR gene editing, 5G and the future of reproduction....

For a peek into this dystopian future, see the source. I didn't read it all. I don't care at all for horror stories. It's crazy how many people think this is not only okay, but highly desirable and unfortunately, they include most of the people holding the power to make it happen.  All the "usual suspects" are involved.

Synthetic biology is a field of science that involves redesigning organisms for useful purposes by engineering them to have new abilities. Synthetic biology researchers and companies around the world are harnessing the power of nature to solve problems in medicine, manufacturing and agriculture.

In some ways, synthetic biology is similar to another approach called "genome editing" because both involve changing an organism's genetic code; however, some people draw a distinction between these two approaches based on how that change is made. In synthetic biology, scientists typically stitch together long stretches of DNA and insert them into an organism's genome. These synthesized pieces of DNA could be genes that are found in other organisms or they could be entirely novel. In genome editing, scientists typically use tools to make smaller changes to the organism's own DNA. Genome editing tools can also be used to delete or add small stretches of DNA in the genome.  (Source) 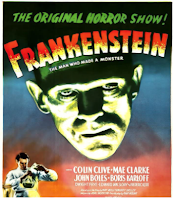 Who could ever have imagined that when Mashiach would come, he would have to battle an army of doctors and scientists?
Hashem should have mercy on His creatures - every single one of them - and deliver us all from the evil that wants to recreate His world in the image of man!!
Posted by Devorah Chayah at 10:03 AM