[10:00PM]  Rocket salvos are being shot at Ashqelon and Sha'ar HaNegev, as well as Eshkol about every ten minutes.  Rioting continues at Damascus Gate and on Har Habayit, while demonstrations are reported in Yafo, Haifa, Nazareth and other places across the country. 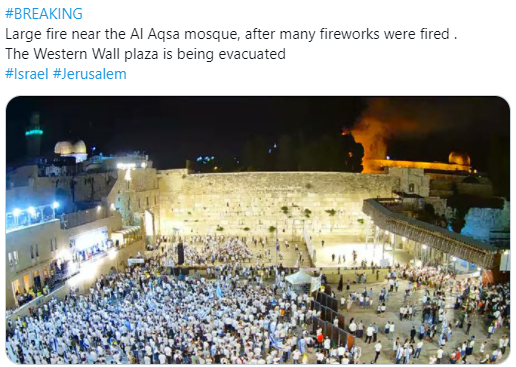 Posted by Devorah Chayah at 8:28 PM

While Israel is under rocket fire the "Press" is being fed Propaganda from the Antisemitism about the Temple Mount. Our "Relatives" in Chutz LaAretz are believing the lies and propaganda. Thank You Hashem that we are living in Eretz Israel!