It was 100% predictable. And he is 100% correct. It was planned this way from the very beginning.

...Litzman accused coronavirus czar Ronni Gamzu of planning for months to impose a lockdown on Rosh Hashanah — which begins this week — and Yom Kippur while avoiding the move during the summer season.

...In a letter to Prime Minister Benjamin Netanyahu, Litzman decried the fact that the lockdown would prevent worshipers, including tens of thousands of Jews who don’t go to a synagogue during most of the year, from attending the most important and well-attended Jewish services of the year.

Litzman, who was infected with coronavirus in April when he was health minister and was also reportedly caught attending a prayer group of more than 10 men despite a ban on such gatherings, said he had opposed the lockdown plan “in all forums” and said that if a lockdown was needed, it should have been imposed a month or several weeks ago.

“Unfortunately, it has been proven that I was right and that the decision to impose a general lockdown during the Tishrei festivals was pre-made while taking an unnecessary risk and causing a rise in infections in the meantime,” he wrote.

He also claimed Netanyahu had violated an agreement according to which synagogues would remain open under more lenient restrictions than those set to be approved.

...Public prayers on Rosh Hashanah and Yom Kippur will be allowed under certain limitations that have yet to be finalized, reports said.

Get that! We'll get whatever they ALLOW us to have!   All of this is meant to show us who they think the real boss is - The Powers That Be want to replace HKB"H and rule over His creation re-made in their image and in accordance with their needs and desires. To quote the prophet: "What they have proposed to do will never be."

This is all scripted by "them."

When talk of this shutdown first came up several weeks ago, both Shas and UTJ said they would bolt. Had that happened, the coalition would have collapsed. UTJ left. Shas has, so far, stayed in place. I predict they will, as long as it is tenable for them to do so.

Today, before the vote, you had a bunch of ministers talk about their no votes.

In a script, you have to maintain the appearance of debate and the possibility of an alternative outcome, while giving an out for those who need to save face. There are no good guys here.

There are few surprises in politics. If something is scheduled to be voted on, whether in a cabinet or legislative body, the party in control knows the outcome in advance. They don't have a vote on something they suspect they will lose. Elections are bit of a wildcard, since the popular will can overwhelm them and their plans, but even then, they do everything, and I mean everything, they can to ensure a desirable outcome.

Erev Rav's "Last Hurrah", Sitra Achra's Last Stand: Erev Rav Israel Minister of Sickness Yuli EdelSCHWEIN "Yuli Edelstein was born in Chernivtsi in the Soviet Union (now Ukraine) to a Jewish family. His mother, Anita Edelstein, was Jewish, while his father, Yuri Edelstein, is the son of a Jewish father and Christian mother. BOTH CONVERTED TO CHRISTIANITY, and YURI IS NOW A RUSSIAN ORTHODOX PRIEST in Karabanovo of Kostroma Oblast NAMED FATHER GEORGY" https://en.wikipedia.org/wiki/Yuli_Edelstein Father Georgy's Son to Initiate Czarist Russian Potemkin Village POGROM in THE LAND OF ISRAEL directed at RELIGIOUS JEWS IN ISRAEL "Health Minister Yuli Edelstein to urge holiday lockdown" https://www.israelnationalnews.com/News/News.aspx/286446 HOMEWORK: https://www.jta.org/1928/08/07/archive/nicholas-ii-regarded-pogroms-as-natural https://en.wikipedia.org/wiki/Pogroms_in_the_Russian_Empire ----- "Yuli-Yoel Edelstein (Hebrew: יוּלִי־יוֹאֵל אֵדֶלְשְטֵיין‎, Russian: Ю́лий Ю́рьевич Эдельште́йн, Ukrainian: Ю́лій Ю́рійович Едельште́йн, born 5 August 1958) is an Israeli politician serving as Minister of Health since 2020. ONE OF THE MOST PROMINENT REFUSENIKS IN THE SOVIET UNION, he was the 16th Speaker of the Knesset from 2013 until his resignation on 25 March 2020" Yuli was a REFUSENIK in Soviet RUSSIA ??? Let's ALL be Refuseniks in Soviet ISRAEL NO to MASKS no to LOCKDOWN Jews fight for your lives follow the Swedish Model THROW THESE BUMS OUT !!!!!!

EdelSCHWEIN is a Career Israeli Erev Rav Shtetl Apparatchik. He has NO REAL PROFESSION or training in ANY field outside of being a Permanent Israeli Apparatchik and has had NO LIFE outside of the Israeli Schlemiel Schlepper Schnorrer Shlemazel Non-Functioning Political System since arriving in Our Little Shtetl of Chelm on the Mediterranean decades ago https://en.wikipedia.org/wiki/Apparatchik "An apparatchik (/ˌɑːpəˈrɑːttʃɪk/; Russian: аппара́тчик [ɐpɐˈratɕɪk]) was a full-time, professional functionary of the Communist Party of the Soviet Union or the Soviet government apparat (аппарат, apparatus), someone who held any position of bureaucratic or political responsibility, with the exception of the higher ranks of management called nomenklatura. James Billington describes an apparatchik as "a man not of grand plans, but of a hundred carefully executed details."[1] The term is often considered derogatory, with negative connotations in terms of the quality, competence, and attitude of a person thus described" https://en.wikipedia.org/wiki/Yuli_Edelstein

Barry Chamish: "These are serious allegations. Now we look at the evidence, much of which comes from the protocols of Nudelman's trial. What stands out is that A WHO'S WHO OF FORMER SOVIET JEWISH ACTIVISTS TESTIFIED ON NUDELMAN'S BEHALF, WHEREAS NOT ONE WITNESS EXCEPT HIS WIFE TESTIFIED FOR SHARANSKY. HE COULD NOT FIND EVEN ONE WITNESS WHO KNEW HIM FROM PRISON and who saw his bravery in action".

IDA NUDEL: "I’m sorry to say that THE MORAL SPIRIT AND THE CYNICAL BUREAUCRATIC ATTITUDE TOWARDS THE POPULATION IN THE JEWISH LAND HAVE LITTLE DIFFERENCE FROM THE BOLSHEVIK REGIME. The fact that anybody can freely leave Israel makes it possible for the bureaucracy to conceal its Bolshevik character. Instead of being put in prisons and psychiatric hospitals as it was done in the USSR, the dissidents just leave the society and the country in the care of their more passive compatriots.

THE PEOPLE ARE LIVING IN FEAR OF THE OMNIPOTENT BUREAUCRACY AND REALIZING THEIR COMPLETE HELPLESSNESS AGAINST IT. When talking to simple people, I hear it far too often: Whatever I could do I’ve done: my children live in America!"

The Russians have been running things on the left while the Americans have been running things on the right. Doesn't take much to understand how a little pressure can make someone *quit*. It's all orchestrated from the get-go. Israel is officially a 3rd world country owned by forefingers. Whatever is in the media is smokescreen psy-ops to make you believe whatever it is they want you to believe and they're expert in doing just that.

It's been Bolshevic from the beginnings. Socialism/Communism was rampant in Israel during the first 40 years - complete with RED CARDS OF MEMBERSHIP. The First of May was celebrated every year. Today everything is nice and clean from those words, but the Russians have taken over Israel. They're everywhere in government and military. You can also thank them for socializing medicine in Israel - with Russian techniques of drugging and cutting. Bureaucracy is their lifeline and how they created their hierarchies. They have their own radio, newspaper, churches, stores and politicians and the old school has morphed into NGO's, peace plans, democracy, liberalism and you know the rest. Communism is alive and well in the Land of Israel - it's like a disease. Everyone can feel it but nobody knows how to cure it.

I will go to pray I don't care of their lock down I am fed up with those antisemitic zionists, I will disobey. I will do my best to find a synagogue, whoever supports Bibi is an antisémite.
They already were disgusting with the Breslevers all that is a manipulation to destroy Judaism completely.
This is a huge scandal. In France, in Germany Jews can pray in synagogues, in Iran as well! In Turkey as well!
And in the land of Israel run by the heretic zionists we are persecuted for our Judaism!
The erev rav government won't last long I hope Hashem will be fed up with them and will bring Mashiah. Enough is enough, I left France to practice my religion freely, not for Zionism I knew Zionism was a Bolshevik anti Torah movement.
I didn't sleep well shabat because I can't go freely to the synagogue for Rosh Hashana and Kippur.
We must pray so the erev rav regime falls and Mashiah comes!
It can't last longer! Religious Jews are persecuted and they turned secular Jews into real real antisemites

What excellent and informative comments. Yasher koach to these informed commenters and to this incredible blog.

Can we discuss what happened to Barry Chamish Z"L?

Judah, no, it's not relevant to the subject at hand. It would be an unnecessary distraction from what should be the focus right now.

High number of coronavirus cases may be due to oversensitive testing

When ready, the coronavirus vaccine will only be 50% effective

When referring to a 50% effectiveness, this means that for every 100 people, only 50 will become immune to the disease.

EXACTLY what our Sitra Achra Erev Israeli Dictatorship TYRANTS have in mind right here for ALL the Oppressed Peoples in God's Promised Land https://thefreedomarticles.com/covid-psychological-stress-applied-break-resistance-vaccine/

Surprise surprise www.zerohedge.com/political/la-countys-public-health-director-accidentally-admits-what-many-suspected-about-lockdowns "A Democrat bureaucrat finally said what we all have known to be the truth: The Wuhan virus limitations that Democrat politicians and bureaucrats have imposed on Americans will go away after the election because THAT WAS THE PLAN ALL ALONG".

Sayin' it don't make it so, Aryeh Yosef. I saw that zerohedge article but I don't believe it. It doesn't explain why Israel or why Australia or anywhere else outside the US would be locked down.

Good one, Leah, thanks!

Yeah, it's really very crazy. Every single day I go to minyan wearing a mask. Today, however, I was rushing and somehow I forgot to bring it. Then, when I was already like 15 seconds into shemoneh esrei the official "guard" of the minyan came up to me and told me to leave since I wasn't wearing a mask (even though I was standing at the edge of the minyan at least 10 feet away from the closest person). Then I proceeded to put my arm over my mouth, but he still wouldn't budge and kept telling me to leave. For at least 30 seconds he continued to stand next to me periodically telling me to leave. Eventually, he gave up when he saw I wasn't moving at all.

You did good, Netanel Simcha. Hashem save us from the 'enforcers' in our midst! 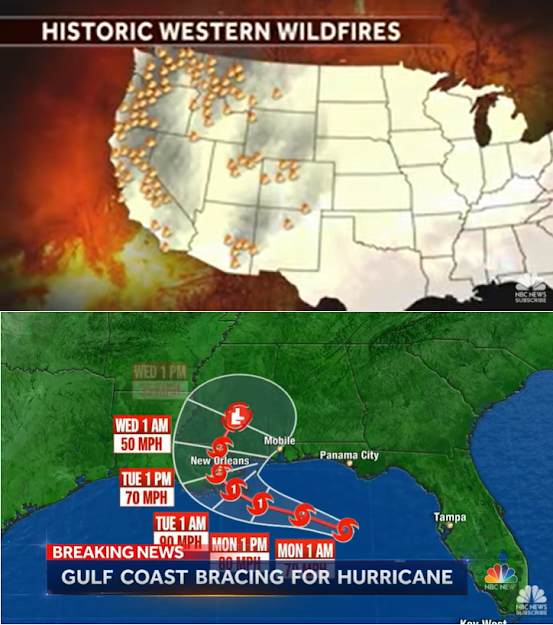