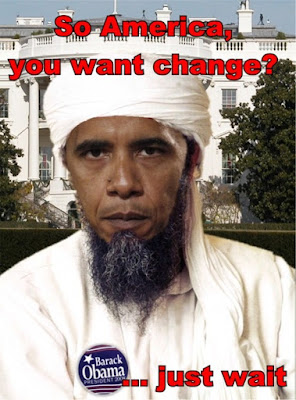 You have to admit, Obama is delivering on his promise of "change." That's all anybody is going to have left when the dollar crashes.


1. The Dark Years are Here

(Excerpt) The real unemployment in the US is 20% or 30 million. These are the real unadjusted figures calculated on the same basis as the official figures before the method of the calculation was changed in the 1990’s. Reported government figures, especially in the US, are continually manipulated in order to suit the political aims of the government. Therefore, one should not give any credence to the published figures. Most governments mislead the people most of the time.

Since we are still in the early stages of this crisis, it is our firm opinion that non-farm unemployment levels will reach 35% at least in the US in the next few years.

But even the current figure of 30 million unemployed is a catastrophe. Adding dependants to every unemployed person there are currently 100 million people affected by unemployment in the US. In the next three months 3 million unemployed will fall out of the social security safety-net. These are the people who were laid off in the second half of 2008. Including their families this means that around 10 million people will become destitute between now and September with no social security and no savings. If we then add the 4 million that were made redundant in the first half of 2009 that will result in an additional 13 million people including families will become destitute around Christmas. This is a disaster of unimaginable consequences that will affect the whole fabric of American society.


2. A Shocking Fall
(Excerpt) ... the dollar is living on borrowed time and as we outlined in last month’s newsletter “The Dark Years Are Here”, the autumn of 2009 will see a precipitous fall of the dollar. It will be relentless and greater than anyone can imagine. There is always a day of reckoning when the law of supply and demand is out of kilter and that day is now here. The move will be unexpected by many and this will mean that everyone will run for the exit and dump their dollars thus exacerbating the fall.
Posted by Devorah Chayah at 12:38 AM