What's the Significance of This?

Well, you can bet there is something significant. Time will tell. By the way, March 6th is Yom Kippur Katan for Adar Bet.

US satellite to enter atmosphere around March 6

U.S. vows to pay for damage caused by satellite

Russia says U.S. may use satellite blast as test


And what is this all about???
We Shall Be Overcome"Obama has a talent for eliciting intense emotion--an ability that can be dangerous in a politician."
Obama's first coming
PAPER: Obama 'a cult figure, in the eyes of some, something akin to a messiah'... 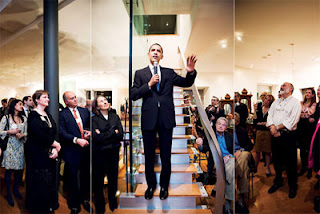 Google... Obama messiah ...and see what comes up.

And let's not overlook this...two in one week.

Earthquake In Southern Lebanon Felt in Israel
(IsraelNN.com) A mild earthquake registering 4.2 on the Richter scale hit southern Lebanon late Monday night around the port city of Tyre and surrounding villages, according to the Lebanese Bhannes Center for Seismic and Scientific Research.

The quake, which was felt all the way south to the area just north of Jerusalem, caused panic and anxiety attacks among the Lebanese population but no injuries or damage.

(IsraelNN.com) A relatively strong earthquake (5.0-5.1) shook Israel from (northern) tip to (southern) toe Friday at around 12:40 P.M. Magen David Adom reported no casualties. The tremor lasted for about 10 seconds and was felt from Nahariya to Beersheva.

PS: Just visited over at Nava's blog and saw her reference to the same thing.
Posted by Devorah Chayah at 10:30 PM