What a Way to Start the New Week 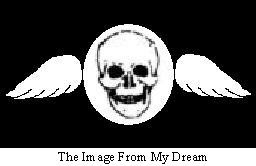 In a previous post "Death Comes from the Sky," I recounted a dream I had about a missile attack from Iran that occurs at the full moon. Every fifteenth of the Hebrew month since then has made me wary, but the upcoming TU b'Adar Alef even more so and I'll tell you why.

1. It's Purim Katan and Shushan Purim Katan, a date that the gilgul of Haman Harasha, Achmadinejad, may decide is ripe for our destruction.


The 14th day of the first Adar in a leap year is celebrated as a minor holiday called Purim Katan, which means "little Purim." There are no specific observances for Purim Katan; however, a person should celebrate the holiday ....The word "Purim" means "lots" and refers to the lottery that Haman used to choose the date for the massacre.

2. On that same night there is going to be an eclipse of the moon. This is usually not a good sign since the moon represents Am Yisrael. The full moon is Israel at her greatest strength. An eclipse is a shadow passing over it and diminishing its brightness, darkening its light.

3. The alleged assassination of the Master Terrorist Imad Mughniyeh appears to have given our enemies a spark with which to light the fuse of destruction they have planned for us.


Tehran is bent on avenging the death of its top terror tactician Imad Mughniyeh who was struck down by a bomb planted in his car in Damascus Tuesday, Feb. 13. ...Tehran, Damascus and Hizballah are determined to inflict military-terror punishment on Israel whom they accuse of liquidating their key agent, Imad Mughniyeh. ...Hizballah announced Saturday, Feb. 16, that it had placed 50,000 of its members on the ready for any eventuality (i.e. directives from Tehran). ...Two people, therefore, Ahmadinejad and Khamenei, will determine the nature and scale of Iran’s retaliation for the loss of its high-value master terrorist and strategist. ...Four days after Mughniyeh’s death, a military clash appears unavoidable.

Before we calm ourselves with the thought that the Purim connection bodes well for us, we must remember that everything turned hafukh on Purim only because Am Yisrael fasted and prayed and did massive teshuva beforehand.

If you are in Eretz Yisrael, I'd suggest restocking your two-week supply of non-perishable food and water and taking upon yourself a personal fast for Taanit Esther Katan (Tues, Feb 19) and making sure your teshuva is "topped up" as well, something we should be doing anyway on a daily basis.

The worst thing we can do is to assume that we are "ok" and in need of nothing. Prepare for the worst and hope for the best! There is always spiritual work left to be done. This job is never finished.

PS: Tracked the following back to Yaak from Hashem1.net. The Debka article referenced up above shows that it is davka these three who are threatening us even now...

Posted by Devorah Chayah at 8:15 PM