Is the IDF 'Idol' Falling From It's Pedestal?

The Royal Navy and Nato have been tracking the two Akula-class submarines and a diesel-powered Kilo-class sub as they travelled to join the fleet of Russian ships headed by the Soviet-era aircraft carrier Admiral Kuznetsov.

“The Russians now have submarines in the Med,” a senior naval source told The Sunday Times.

It is feared the submarines may be armed with Kalibr cruise missiles and could be used to support the final assault on the besieged city of Aleppo. 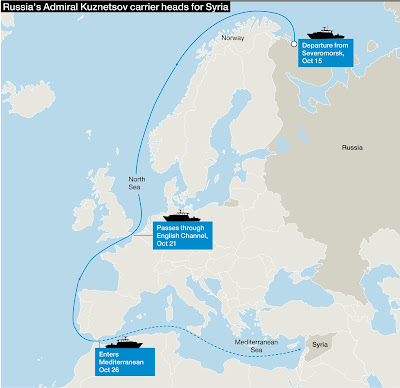 The fleet should arrive in Syrian waters by (or before) the end of the week.
Posted by Devorah Chayah at 7:15 PM