They don't really believe in God and they certainly don't believe that they are obligated to fulfill the "difficult" mitzvot. 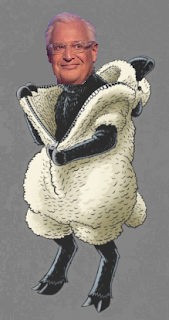 Divre Simcha by Rabbi Simcha Ysachar Ber Chalberstam, zt"l) "...even if we see in them (The Erev Rav) good things like Torah and tradition and good manners and in particular they make peace with everybody and peace is the foundation of everything,...we must reject all these people even when they have good aspects in their behavior because then will be time of clarification and selection and this will be the trial and choice in those days."

Israel’s right to the West Bank is ‘obvious,’ Ambassador David Friedman said, but also noted that Palestinians are ‘indigenous’ to the land and deserving of independence

US Ambassador to Israel David Friedman was one of Prime Minister Benjamin Netanyahu’s special guests on his flight Sunday to Washington for the upcoming festive unveiling of the administration’s much-expected ‘Deal of the Century.’

Having lost his mother recently, Friedman, who is an Orthodox Jew, twice came to the back of the plane during the flight, together with some of Netanyahu’s senior advisers and religiously observant journalists, to lead afternoon and evening prayers and say kadish, the mourner’s prayer.

Friedman is one of the key architects of the US administration’s approach toward the Israeli-Palestinian conflict — together with US President Donald Trump’s son-in-law and senior adviser Jared Kushner....

...he referred to these Palestinians as “indigenous,” thus refusing to endorse the talking point of many Israelis on the right who consider the Palestinian presence illegitimate and want to encourage their emigration.

Indeed, by calling Palestinians “indigenous” to this land, Friedman was implying that they, too, have rights to it.

In another hint at the deal’s parameters, the US top diplomat expressed his wish for Palestinians to “live in dignity, in peace, and with independence, pride and opportunity.”

"...two million or more Palestinians reside in Judea and Samaria, and we all wish that they live in dignity, in peace, and with independence, pride and opportunity. We are committed to find a way to make that happen."


The Lord spoke to Moses in the plains of Moab by the Jordan at Jericho, saying:  Speak to the children of Israel and say to them: When you cross the Jordan into the land of Canaan, you shall drive out all the inhabitants of the land from before you, destroy all their temples, destroy their molten idols, and demolish their high places.

But if you do not drive out the inhabitants of the Land from before you, then those whom you leave over will be as spikes in your eyes and thorns in your sides, and they will harass you in the land in which you settle.  And it will be that what I had intended to do to them, I will do to you.