What Do Jews Do When the "Blood-Libel" Is "True"?

...Wiles does not need an excuse to be the Nazi that he is. He has been saying things like this for years. It just happens to be that “Jews” are in fact running this impeachment, such as Adam Schiff, Jerry Nadler, Chuck Schumer and others. Schiff’s Counsel Daniel Goldman is Jewish. Nadlers Counsel Barry Berke is Jewish. Of course we also have Eric Swalwell, Wolf Blitzer and Jake Tapper of CNN who are all Jewish. Throw in George Soros for good measure.

Not to mention that two Jews - Bernie Sanders and Michael Bloomberg - are running for President to replace Trump.  Or that other Jews have been called as witnesses against Trump - Alexander Vindman and Gordon Sondland. Or that yet others like Ukrainian President Volodymyr Zelensky, Igor Fruman and Lev Parnas, both "Soviet-born" American citizens, both associates of Rudy Giuliani and both recently arrested, are in the middle of it, too.

Lest you think this is an aberration, think again.  Every little old lady walking the aisles of a Texas Walmart is now on to this. 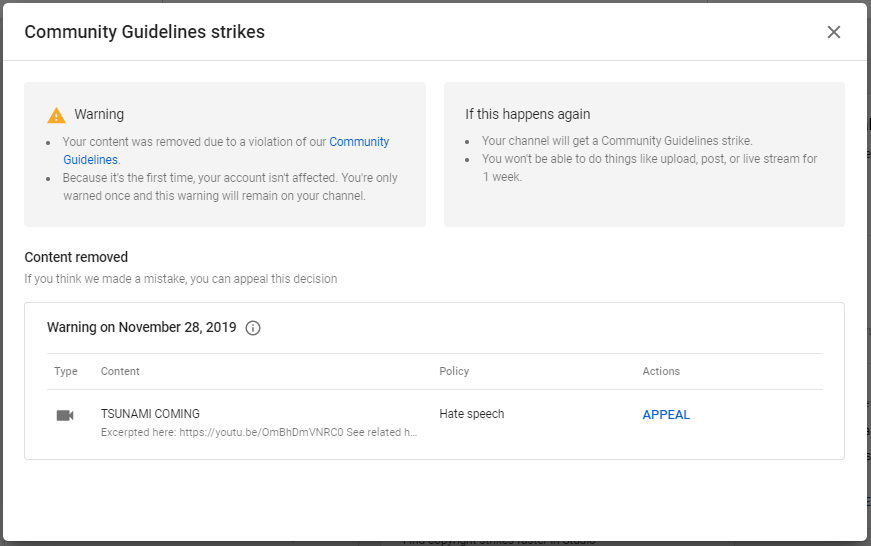 (Be sure to see the video embedded in the YWN article.)

RELATED:  TruNews on Israel.
Posted by Devash at 8:52 AM

I've said it over and over again. BOTH sides are bad for the Jews and BOTH sides will turn on the Jews without distinguishing Republican from Democrat because The Jews will all be painted with the same "traitor/dual loyalty" brush.

"We recruited both, Republicans and Democrats, but that's not good enough. We want to rule the White House," the Qataris allegedly said.

You have to read it. And even though it has been 18 years, they still won't ever let this accusation rest...

For all we know, the Mossad WAS involved albeit at the behest of the US Administration who perpetrated this crime upon their own people, just like it's undeniable that so many Jews are involved in this "Jew-coup."

With the Erev Rav occupying (nearly?) every position of power within the Jewish world, the goyim have no further need to make up blood-libels.

I hope Trump speak up against this scumbag. If any, because half of his family is Jewish. With "friends" like that, who needs enemies? I have no doubt the left is going to use this to bash Trump even more.

I've seen the entire interview. https://www.youtube.com/watch?v=OmBhDmVNRC0&fbclid=IwAR2O0w_7Wjd756WNXntTDy-8wJev3GfXZPlLHjK2JO-WYk6nLzWpHeY_9Jw It'll turn your stomach! It's 1938 in Germany again and everyone I've told has some kind of excuse on why it's not that bad. I'm afraid that this whole impeachment issue (or a Trump assassination) will turn into a Kristallnacht for American Jews. And after that, it'll be too late. There is very little left to do. Some Jews won't listen to advice, to warnings, and even to the facts in front of them. For years, people said the same thing, "I don't understand how the Holocaust could happen". And in recent times, so many right-thinking people are saying, "Now I understand EXACTLY how the Holocaust could happen!" May Hashem help us!

"Lest you think this is an aberration, think again. Every little old lady walking the aisles of a Texas Walmart is now on to this." YOU SAID IT! It's not Rick Wiles I'm worried about... it's all the Trump supporters. This is what American Jews do not understand or are willfully blind to. They do not believe that these conservatives pro-Israel supporters can and will turn on the Jews on a dime if their new savior, Trump, is ousted in ANY WAY. And like you said, they will join the jew-hating left and muslims. It's a perfect storm. hearing people invalidating this is like watching insane people walking into a burning building while yelling that the fire is harmless. After doing my hishtadlut, I have to just let it go. Hashem is running the world toward Redemption. At least we know we did what we could to try and save some Jews. Remember, it's the effort that's in our hands, not the outcome.

I am sorry but he is correct why is he correct believe it or not it is a Jew coup. Leftist Jews are the biggest anti semites and they are causing the anti semitism around the world. lets look at it intellectually. Sanders, Nadler, Schiff, Weinstein, Madoff, Weiner, Jeff Epstein these upstanding people yimach shemom are the cause of our anti semitism today the perversion the crap they are doing or did has caused people to come out against us Jews.

The cause of antisemitism is and has always been the antidote to assimilation. It's from Shamayim - a weapon in G-d's arsenal.

And you're wrong about something else, too. It's not just "leftist" and "perverted" Jews (Erev Rav?), it's also frum, black coat/black hat/bewigged ghetto types living off welfare, food stamps and section 8 and who are taking over entire goyishe neighborhoods for their own use. They are making themselves and yes, other Jews, also a target with this behavior. The goyim all know that the Jews have their own country and they wonder why so many insist on having so much influence over what belongs to them.

It's the same old story of over 3000 years - the Erev Rav within our midst who cause most of the tzarot & anti-semitism. Erev Rav are within all Jewish segments even the religious, ultra religious and, of course, the leftist Jews. Anti-semitism is m'Shamayim to wake us up. But many of the stories we read and hear are not necessarily true especially if they come from the arab world and leftist media of any kind. The sitra achra is very wiley and is infiltrated everywhere. Any which way, it's all a wakeup call for us!

The cause of antisemitism is and has always been the antidote to assimilation. It's from Shamayim - a weapon in G-d's arsenal.

So if it is G-d's weapon, and G-d is in control of everything, why worry??

Do you seriously WANT G-d to use any of his weapons against YOU? We're supposed to wise up and get our act together and stop angering Him with our rebellion.

It isn't supposed to happen - like exile. Hashem doesn't like it and we don't like it when he has to correct us in such a painful way. It can all be avoided and we can both be happy in our relationship if we choose to be obedient and do as we agreed at Har Sinai.

G-d gave you free will, cooperate or suffer the consequences.

That's not a blood libel. Blood libels were based on falsehood - blood in matzah. That's ridiculous. However, as for politics, Jews have enormous power today, like never before in history. It's not antisemitic to talk about it.

Rudy Giuliani Has Curious Links to a Jewish Village in Ukraine

Come on! did anybody really think that Esau changed his hoofs?
2,000 years under the boot of Esau and most importantly little over 70 years ago the Shoah. 2000 YEARS OF GOLUS. Murders, pogroms, rapes, forced conversions, kidnapping, blood libels. And on an on an on....

Then a few sophisticated Esavians smile at the Jewish people and suddenly we bend over backwards that somehow, someway no matter how remote, Esau is now kosher and is a friend of Am Yisrael.

The ones who smile at us hate us for our clinging to the Torah. No matter WHAT they say. THEY WANT TO CONVERT US ALL.

They both hate us. The esavians who smile at us and the ones who accuse us of a "Jew Coup". The only difference is that the Rasha in the video is open about his hatred.

There's going to be a time when the esavians who smile at us get impatient and join the esavians like the rasha in the video. After all, according to them, our refusal to convert to their avodah zara bastard man-god religion is holding up the redemption. And like so many times in the past, they will use force to impose their avodah zara bastard man-god religion on us.

Time to start thinking about opening a tik with Nefesh B'Nefesh. Give yourself options.
Think ahead. Do the research. Putting your head in the sand will not make the increase in anti semitism go away. We know how this story will end with Uncle Samkiel.

It doesn't matter if it's based on falsehoods or truth. I remember when Jews used to say 'they hate us because we're the communists and the communists would say that it's because we're capitalists'. Whether it's politics or sick fantasies such as blood libels, they are just excuses for them and at its core is jealousy and hatred. So, H' uses this anti-semitism when He sees His children going astray by trying to integrate themselves with the nations and become like them. The rise in leftism within the Jewish fold and the Erev Rav (wealthy, powerful & assciated with governments) in our midst, is today's reason why anti-semitism is rearing its ugly head once again. The timing and everything that's happening are the workings of H'. Trouble is most Jews, are so far gone from Yiddishkeit, they just don't want to learn the truth. Also, the liberal leftist Jews begin to believe that non-Jews might be right in their hatred because we and our Torah are Neanderthals living in the past. This is the reason we are commanded to teach our children Torah from birth in our sitting at home, in our traveling, walking, etc., our retiring at night and waking up in the morning. This is the first part of the 'Shma'; otherwise, when they grow up without this blessing and become educated in a secular environment, why should they understand real Truth?
Unfortunately.

To Devash, I nonee stand corrected, and have learned a bit more..

Toda, and i shall try to be a better person and do more teshua. Thank you... and i bow humbly before Hashem...

Agree with all the above. My question is why haven't any!!! of these high profile Jews shown a modicum of historical self awareness and the same goes for the so called Jewish defence ORGANIZATIONS ADL, COUNCIL of PRSIDENTS, Federation, etc.etc. & yes. Charedi communities, who famously teach, don't poke Eisav in the eye. After all, survival is also a mitzvah.
What is the appropriate metaphor? Lemmings, the proverbial ostriches.
After seeing all of this and reading the abovementioned, it's unfortunately like watching an accident happening in slow motion. Prophetic indeed, but very disturbing.

Yes, I'm so grateful that someone kept saying antisemitic things to me....then I left xianity, idolworship and decided to try out becoming Orthodox Jew and I live in Jerusalem now. It was all Hashem. <3

Anon @12:51 - You mentioned so-called Jewish orgs.; you have to know they are a joke or part and parcel of those self-haters. These are the establishment orgs. and do not work for us. Many of us know that.