By all appearances, the West is going to try to do a 'Libya' on Syria and it gets closer by the day. Preparations are well underway.

Arab sanctions find Syria's 7 neighbors on alert. Russian missiles for Assad
...the armies of Syria's seven neighbors were already scrambling into position on standby on its borders for acts of retaliation. Military suspense mounted after the Arab League vote to cut off transactions with Syria's central bank, withdraw Arab funding from projects and other painful sanctions over Bashar Assad's refusal to halt his crackdown on protest.

Debkafile's military sources report Israeli armored brigades pushed forward up to the Lebanese and Syrian borders; Ankara placed three armored brigades, its air force and navy in a state of preparedness, likewise Hizballah and the Lebanese and Jordanian armed forces, while the US and Russia are in the midst of a naval buildup opposite Syrian shores.

Military sources in the Gulf report that 150 Iranian Revolutionary Guards specialists had landed at a military airport south of Damascus on their way to Lebanon to join Hizballah which began bringing its rockets out of their hideouts.
It's ironic that just at this time, we are moving into the holiday period in which we celebrate an ancient victory over the Syrian-Greeks. If we go to war with Syria at Hanukah time, will we then be at war with Iran in time for Purim? With Geula for Pesach? Hmmmmm.

That doesn't mean, however, that we would necessarily have to wait til Pesach for Mashiach. Personally, I envision the Erev Rav regime collapsing due to a colossal failure during the imminent war with our nearest neighbors and MBY coming forward to take charge in the resulting vacuum.

"In response to kassams and rockets on Northern Israel, [MBY] will give instructions to completely exterminate a city in Syria."

The prophets in the Tanakh bear this out as well.

(Yeshayahu 17:1) "Behold Damascus shall be removed from being a city, and it shall be depth of ruins."

(Yirmiyahu 49:24-27) "Damascus has become feeble, she has turned to flee, and trembling has seized her: distress and pangs seized her like a woman in confinement. 'How was the city of praise not fortified, the city of my joy?' Therefore, her youths shall fall in her broad places, and all her warriors shall be destroyed on that day, says the Lord of Hosts. And I will kindle a fire in the wall of Damascus, and it shall consume the palaces of the Ben-hadad." 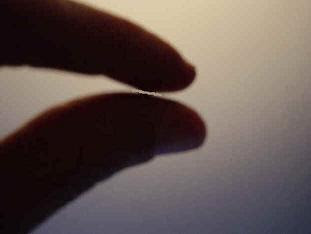 Are we this close to the revelation of Mashiach Ben Yosef? Is war with Syria the sign? Stay tuned...
Posted by Devorah Chayah at 9:26 PM