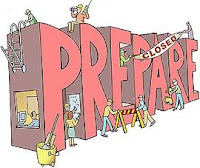 The Book of Our Heritage by Eliyahu Kitov:

...Because of [Nisan's] significance, our obligation to sanctify it is greater than it is for other months. Hence, we announce its commencement through special readings from the Torah and haftarah in the synagogue on Shabbos when people are gathered there.

The additional Torah reading, by reminding the people that Nisan is about to begin, also served in ancient times to remind them of the approach of Pesach and of the necessity to prepare themeslves for the pilgrimage to Jerusalem. The requirement to ascend to Jerusalem on Pesach was more stringent than the similar requirement on the other Festivals, for the obligation to offer the Pesach sacrifice was fulfilled during this pilgrimage. The individual offerings brought on the other Festivals could be brought at any time within the week of the Festival, but the Pesach sacrifice could only be brought on the fourteenth of Nisan.

The esteem shown for the Beis Ha-Mikdash was greater during the Festival of Pesach than at any other time of the year, for the majority of the people---both great men and ordinary citizens---would enter its gates with song and praise. Hence, during the Festival, the people and leaders were taught their responsibilities toward each other, and toward the Beis Ha-Mikdash, with its holy objects, its services, and its sacrifices. These concepts form the subject of the haftarah portion from the book of Yechezkel which is read on this Shabbos.