We all know that it's coming 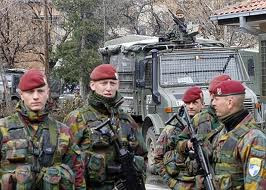 "If a Middle East peace agreement is reached, an international military force will be needed to monitor and implement it," Anders Fogh Rasmussen said.

...Rasmussen will visit Israel in February of the coming year.

Or at the end of the next three-month construction freeze when Obama has said, if the Israelis and Palestinians have not yet agreed to borders, he will set the borders for them.

Interestingly, this brings us to Purim Katan, a month before Purim/Pesach, an auspicious time for redemption!
Posted by Devorah Chayah at 5:42 PM