There are seven aliyot in a parshah, one for each day of the week. It is said that one can find hints and clues to the events of the day through reading the aliyah appropriate to that day. But, there are two ways to calculate it - either from Sunday to Shabbat or from the Wednesday preceeding to the Tuesday following Shabbat. Since today, Monday, has already been pointed out as a very important day, it being the occasion of The Great American Eclipse as well as Yom Kippur Katan prior to the new month of Elul, the month of repentance and preparation for Rosh Hashanah and Yom Kippur, let's look at the sixth aliyah of Re'eh and the second aliyah of Shoftim.

1 At the end of seven years you will make a release.2 And this is the manner of the release; to release the hand of every creditor from what he lent his friend; he shall not exact from his friend or his brother, because time of the release for the Lord has arrived.3 From the foreigner you may exact; but what is yours with your brother, your hand shall release.4 However, there will be no needy among you, for the Lord will surely bless you in the land the Lord, your God, is giving you for an inheritance to possess.5 However, if you hearken to the voice of the Lord, your God, to be careful to do all this commandment, which I am commanding you today.6 For the Lord, your God, has blessed you, as He spoke to you, and you will lend to many nations, but you will not borrow; and you will rule over many nations, but they will not rule over you.7 If there will be among you a needy person, from one of your brothers in one of your cities, in your land the Lord, your God, is giving you, you shall not harden your heart, and you shall not close your hand from your needy brother.8 Rather, you shall open your hand to him, and you shall lend him sufficient for his needs, which he is lacking.9 Beware, lest there be in your heart an unfaithful thought, saying, "The seventh year, the year of release has approached," and you will begrudge your needy brother and not give him, and he will cry out to the Lord against you, and it will be a sin to you.10 You shall surely give him, and your heart shall not be grieved when you give to him; for because of this thing the Lord, your God, will bless you in all your work and in all your endeavors.11 For there will never cease to be needy within the land. Therefore, I command you, saying, you shall surely open your hand to your brother, to your poor one, and to your needy one in your land.12 If your brother, a Hebrew man or a Hebrew woman, is sold to you, he shall serve you for six years, and in the seventh year you shall send him forth free from you.13 And when you send him forth free from you, you shall not send him forth empty-handed.14 You shall surely provide him from your flock, from your threshing floor, and from your vat, you shall give him from what the Lord, your God, has blessed you15 And you shall remember that you were a slave in the land of Egypt, and the Lord, your God, redeemed you; therefore, I am commanding you this thing today.16 And it will be, if he says to you, "I will not leave you," because he loves you and your household, for it is good for him with you,17 Then you shall take an awl and put it through his ear and into the door, and he shall be a servant to you forever; and also to your maidservant you shall do likewise.18 You shall not be troubled when you send him free from you, for twice as much as a hired servant, he has served you six years, and the Lord, your God, will bless you in all that you shall do.

How interesting that slavery has been a major topic of converation in the US over the past week and here, on the day when all eyes are focused on that nation, this aliyah addresses that very issue.

14 When you come to the land the Lord, your God, is giving you, and you possess it and live therein, and you say, "I will set a king over myself, like all the nations around me,"15 you shall set a king over you, one whom the Lord, your God, chooses; from among your brothers, you shall set a king over yourself; you shall not appoint a foreigner over yourself, one who is not your brother.16 Only, he may not acquire many horses for himself, so that he will not bring the people back to Egypt in order to acquire many horses, for the Lord said to you, "You shall not return that way any more."17 And he shall not take many wives for himself, and his heart must not turn away, and he shall not acquire much silver and gold for himself.18 And it will be, when he sits upon his royal throne, that he shall write for himself two copies of this Torah on a scroll from [that Torah which is] before the Levitic kohanim.19 And it shall be with him, and he shall read it all the days of his life, so that he may learn to fear the Lord, his God, to keep all the words of this Torah and these statutes, to perform them,20 so that his heart will not be haughty over his brothers, and so that he will not turn away from the commandment, either to the right or to the left, in order that he may prolong [his] days in his kingdom, he and his sons, among Israel.

Wow! On the same day that the leading Western power of the gentile nations will experience a total eclipse of the sun by the moon, this aliyah discusses Israel's king! Halevai that the nations as represented by the sun will be eclipsed by Israel represented by the moon and crown her King Mashiach in accordance with G-d's instructions.


Commentary: A King in Israel

Israel as a nation had three commandments once it was established in its Land: (a) to request a king; (b) to eliminate the offspring of Amalek; and (c) to build the Temple (Sanhedrin 20b). Thus, it was not only permitted, but commanded that at some future point the nation should request a king; moreover, the prophecies about Messianic times, wihch represent Israel at its highest level, revolve around a king of the Davidic dynasty.

According to the nations' reckoning, today is Monday or Moon-day which follows after Sun-day. Today will surely be the moon's day as it merits to completely blot out the far larger, far brighter and far more powerful sun.

If we take nothing else away from this event, let it be known and recalled that the day will surely come when Israel (the moon) will similarly eclipse the nations (the sun). When that day comes we will crown Mashiach our king and the moon will no longer be diminished, but will once again be equal to the sun as it was at the creation of the world.

Interesting that the first big city the eclipse hits in Oregon is Salem – Salem was named after Jerusalem. The eclipse also begins in Oregon exactly at sunset time in Jerusalem. So technically speaking, as the sun sets in America it will be setting in Jerusalem at the same time.

A Jeremy brown from a news source says that a solar eclipse is a bad sign and there are at least 4 reasons for why it is bad
1. The failure to properly bury the leader of a Rabbinic Court
2. If a “betrothed girl” cries out as she is being raped and there is no one to save her
3. Homosexuality
4. If two brothers were killed at the same time.
There are many other reasons as well and it is no coinsidence this is happening in Americas path.
Jack

"...promised to be the most observed and photographed eclipse in history." (Source) 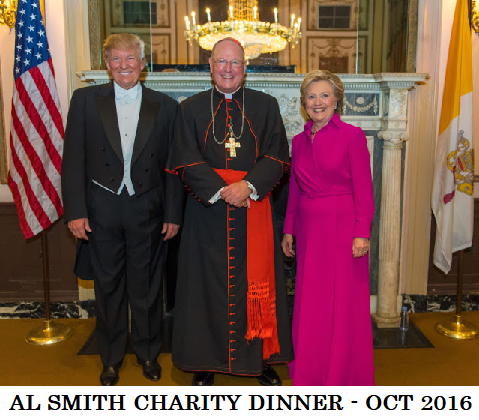