It's Not the Geulah-bloggers' Imagination! 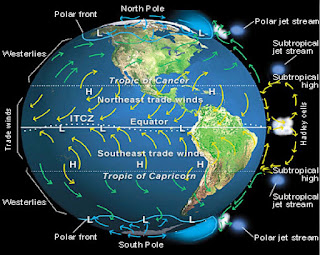 Are We Entering The Worst Period For Natural Disasters In U.S. History?

Weather patterns are becoming increasingly erratic and the ground under our feet is becoming extremely unstable. So precisely what in the world is going on here?

...The tornado that just hit the town of Moore, Oklahoma is already being called one of the most destructive tornadoes that America has ever seen. That tornado came almost two years to the day after the deadliest tornado in U.S. history hit Joplin, Missouri. But of course it is not just tornadoes that seem to be getting more powerful. Giant sinkholes are appearing at an unprecedented rate, earthquakes are becoming more frequent and more powerful, 6 of the 10 worst years for wildfires ever recorded in the United States have all come since the year 2000, and the western part of the country is experiencing the worst stretch of drought since the days of the Great Depression. Is all of this just some sort of a giant coincidence? If not, what is causing these changes?

...[the Moore tornado]was far more powerful than the atomic bomb that was dropped on Hiroshima, and it is being called “the worst tornado damage-wise in the history of the world” by a meteorologist at KFOR-TV.

...Meanwhile, other parts of Oklahoma experienced very unusual weather as well. In fact, hail the size of grapefruits was falling in one area near Oklahoma City.

...Another huge concern is the epidemic of sinkholes that we have seen all over the United States over the past few years.

Some cities are actually being eaten alive by these things. For example, just check out what is happening to Harrisburg, Pennsylvania…

...At the same time, we have seen the number and intensity of earthquakes increase all over the planet in recent years.

...Meanwhile, the “Ring of Fire” continues to heat up.

...We live in very unusual times.

It seems like everything that can be shaken is being shaken.

Sounds a lot like Rabbi Nir Ben Artzi doesn't it???
Posted by Devorah Chayah at 6:00 PM