What just happened this past week in Aza? Well, there is the way the public perceives it; the way the politicians plan it; what the government tells us; the way the media presents it and ultimately, the way Hashem is directing it.

Most of the world can be classified either as puppets or pawns. The puppets think they know what's happening. The pawns don't have a clue, but they make guesses - some more educated than others. Only the One Above knows what's really going on.

But, I think that if we stay focused on the big picture, look at things from the perspective of our long and eventful history and view current events within the context of the unfolding redemption, we might be able to make some sense out of the confusion.

Clearly, as much as we all wanted to believe it, it was never the government's intention to put an end to Hamas once and for all.  I read one analysis (can't recall where) that implied that this whole adventure was a live training exercise to test the Iron Dome and to eliminate Hamas's supply of long-range missiles which threatened the center of Israel in preparation for the go at Iran.  If true, then it won't be long in coming as Iran will rush to resupply them.  In fact, a shipment is en route now.

It's interesting and (eye-opening) to see who has come out as the declared winner of this most recent conflict - Muhamed Morsi, Muslim Brotherhood President of Egypt.

Netanyahu and Barak’s advisers defend this concession by maintaining that it is superseded by Morsi’s dependence on Washington for the sake of American aid grants and guarantees for international credit to rescue Egypt’s economy from collapse. Cairo will be in the hands of the Obama administration and so Israel has nothing to worry about, they say.

Visit NBCNews.com for breaking news, world news, and news about the economy

I think this linkage between Obama and Egypt at this critical moment is a clue to where we stand in the redemption process. 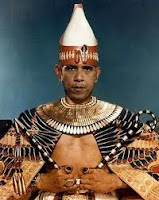 We started with Egypt and we'll finish with "Egypt" - America, who is spiritual Egypt and who is headed by a man who is very likely a gilgul of one of the pharaohs. It was no coincidence that he gave his first big foreign policy address from Cairo.

But, do you know what concerns me most about all this? Two very critical things came out of Amud Anan which have no doubt doomed America and will consequently bring unspeakable suffering to its citizens and unmentionable danger to my Jewish brethren.

President of the US Barack Obama publicly and openly pressured Israel's leadership to bend to his will or else allowed it to appear as though he did.  And the Israeli "leadership" gushed praise and thanks, not to Hashem, but to US President Barack Obama.

As reported by Yeshiva World News...

Prime Minister: "I would like to thank US President Barak Obama for his support of our right to defend ourselves and throughout Operation Pillar of Defense. Thanks to Secretary of State Hillary Clinton for her efforts as well."

Defense Minister: "Thanks to the Obama administration and to US Defense Secretary Leon Panetta for the ongoing support and assistance."

Foreign Minister: "Thanks to President Obama, EU Foreign Minister Catherine Ashton and the international community towards bringing an end to the attacks from Gaza."

Out of all the thanks being poured out, not one word of thanks to HKB"H. But that's the Erev Rav regime for you. Did we really expect anything else? But, it's going to backfire because already there are comments on the internet that the public kudos to Obama for the Iron Dome "without which Israel could not have killed babbies in Gaza" is inviting retribution on America from angry Muslims.

Furthermore, as long as Israel gives credit to America instead of to Hashem, or as long as they stand in the way of us defeating our enemies once and for all, as the case may be, He will be compelled to remove America from this equation. Either way you look at it, America's days are numbered and the Jews who live within its borders will suffer the brunt of American rage against Israel.

It's not over yet.  Harder times are coming.  Make sure you are prepared.