Well, you can't really call it POST-traumatic stress while it's ongoing. I would wager that there is not one Jew in Eretz Yisrael who is not suffering some kind of stress due to the current matzav. We are a small country and a tightly-knit people when the chips are down. No one remains unaffected. Even those in the north of the country where it is now quiet are surely reliving the trauma of 2006.

We are all reliving past traumas and recounting them to each other. I told a new employee about my famous "Terror Tour" of downtown Jerusalem where I can point out the place and describe each attack that occurred during the worst years of suicide bombings - three separate explosions of which I heard from my home.

I daresay there is no Jewish citizen of Israel who does not know someone who was killed or wounded in an attack over the years.

After taking my bus from home and waiting an extra long time getting through the checkpoint, I transferred to the Jerusalem lite-rail with the knowledge in the back of my mind that two dummy pipe bombs had already interrupted train service twice since last week. As soon as I took a seat, I heard one woman telling her seatmate that there had been a "pigua" on a bus in Tel Aviv. Flashback to the one I witnessed in Jerusalem where the bus roof had been peeled back like an open sardine can.

Immediately, one of my daughters called to tell me about it. I have another daughter who lives in Jerusalem, but works in Tel Aviv. I was sure she must be in her office working and not out traveling around the city.

Everyone I know is exhibiting some sign of stress beyond the usual. According to Reactions of Civilians Exposed to Terrorism and War Trauma in Israel: "...researchers have identified Israel as a natural laboratory for studying stress and its effects in the context of terrorism and war...."

It's very important that we acknowledge this - to ourselves and to each other - and understand that this can be behind what otherwise might be construed as rude behavior or inattention, etc.  In short, we need to cut each other, and ourselves, some slack. Also, we need to take extra care to practice stress-reduction techniques - the foremost of which is reciting Tehillim.

And remember...this, too shall pass.

On another note entirely... 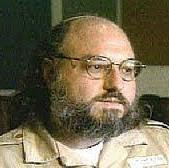 ...today - 21 November / 8 Kislev - is the anniversary of the arrest of Jonathan Pollard. He is now beginning his 28th year in prison. Please take a moment to contemplate his sacrifice on behalf of Am Yisrael and say a special prayer for him.
Posted by Devorah Chayah at 5:10 PM