Back in January, I expressed my disappointment and frustration with the citizens of the Shomron communities who stand idly by while missionaries are welcomed into Jewish homes and given access to Jewish children. I'd like nothing better than to turn over, go back to sleep and just ignore this ever-growing problem. But, I can't, because I care too much about my fellow Jews. I keep hoping that somehow, if I just keep pounding away, I'll hit the magic button that will make it all go away. I don't understand why they can't see it the way I do---the threat, the chillul Hashem. Everyone is doing what seems right in his own eyes and it's not supposed to be like this. That's why we have halacha.

Today, I am prompted to write because of a letter that has been publicized at Mashiach's Wife blog. And also, because the information has been pursuing me and I want it to stop. It won't until I write about it, so here goes...

In Itamar, a yishuv (settlement) in the Shomron, interaction with missionaries has become a very profitable business. 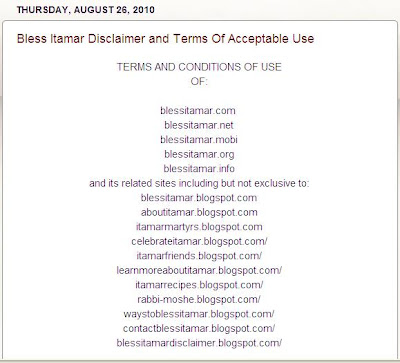 There are no less than sixteen websites dedicated to raising money for perpetually cash-strapped Itamar. 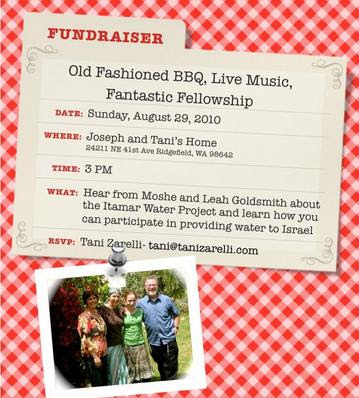 Tonight the mayor of Itamar and his wife will be guests of a Washington State senator and his wife who happens to have her own big plans for who and what Israel will be. For example, in her "Open Letter," she demands that Jews stop persecuting Xians in Israel. I have it on good authority that the barbeque will be "biblically clean" (as opposed to actually kosher). 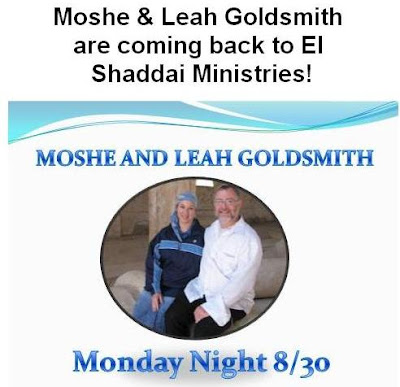 It turns out the mayor of Itamar and his wife are frequent speakers at "messianic" churches. In fact, they'll be speaking at one tomorrow night.

In case, you have any doubt, you can click the picture to enlarge it and see the Yesh"u name very prominently displayed.

After reading the Giyoret's Letter, I can't help noticing the cynical use of the children's images in the Friends of Itamar website. On the Bless Itamar blog, if you're the voyeuristic type, which apparently the missionaries and their friends are, you can peep in the windows of Itamar and watch the children or observe some family's special occasion unseen. Apparently these people's lives are so bereft of any real content that they get their kicks out of watching how Jews live a half a world away. But despite that, they would destroy the real power and essence of Jewish life by causing us to abandon our Holy Torah and embrace their false god Yesh"u, if they could, but like the giyoret asked, who's gonna protect the kids if the parents, neighbors and rabbis won't ? Good question.
Posted by Devorah Chayah at 5:09 PM