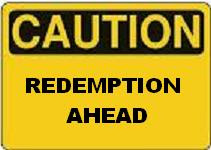 A lot is happening in the world and I’ve been so busy with family business and holiday preparations that I’ve not been able to respond to it. However, it's just as well since the situation is being clarified even as I write.

If you're reading this, then you are connected to the internet and there is no way that you can not have heard about the attack on the US consulate in Benghazi, Libya that killed the U.S. ambassador to Libya and three other Americans. Supposedly, this was the result of "spontaneous" riots which broke out in response to an anti-Islam film which was attributed to an "Israeli Jew living in California." In Cairo, also, riots broke out near the embassy and the US flag was burned and replaced with an Islamic one.

Within twenty-four hours, however, new reports have emerged that a group of Egyptian Christians were responsible for the film and serious questions have been raised about how "spontaneous" the reaction really was.

Today, the situation is very fluid. The US State Dept has issued a travel advisory for American citizens:

...Embassies in Armenia, Burundi, Egypt, Kuwait, Sudan, Tunisia and Zambia all issued warnings on Wednesday that don't report any specific threat but note that demonstrations can become violent and advise Americans in those countries to be particularly vigilant....

There are reports that rioting is continuing in Egypt and has spread to Yemen, Bangladesh, Tunisia and Morocco.

In response to the murders in Libya, the US is sending in two warships carrying Tomahawk cruise missiles.

And lest we forget, there is still the situation with Syria and Iran which deteriorates by the day.

As if this were not enough, we've got a talking head at NBC asking a representative of the group who made the anti-Islam film who is really more dangerous to the world, the "Supreme Leader" in Tehran or "Bibi" Netanyahu? He went on to say that the only way to get along with Netanyahu is to agree with everything he says.

The New Yorker took its cheap shot, too: "High-handed,” “arrogant,” “dangerous” - these are just a few of the personality traits of Prime Minister Binyamin Netanyahu, if the editor of the New Yorker, David Remnick, is to be believed. In an op-ed piece on the magazine's web site. Remnick laces into Netanyahu as a “dangerous neocon” whose aim is “to embolden and elevate the reactionary forces in Israel, to eliminate the dwindling possibility of a just settlement with the Palestinians, and to isolate his country on the world diplomatic stage.”

The scary part is not that people say these things, it's that they say them openly and unabashedly. There is no shame in it and this bodes ill for Jews in chu"l particularly.

We are living in generally scary times and it's getting worse. We're more informed than ever and yet we have no idea what can be believed. The relationship between the US and Israel may or may not be as tenuous as reported. Some have hypothesized that the 'bad blood' between the President and the Prime Minister could all be a magnificent act meant to fool the leadership of Iran while they secretly plot its downfall together. Still others think the Libya attack might be a false-flag event intended to cover up the real reason for warships in the Mediterranean - an invasion of ISRAEL meant to cut her down to size and prevent her putting the whole world at risk with her insistent demand that Iran be denied nuclear power.

Only Hashem knows what's really going on. It's up to us to have faith in Him that He does everything for our very best and He is the One ultimately in control. The power of life and death are in His hands alone.

The number eleven, which is how many spices there were in the Ketores, at first seems rather odd. However, Kabbalistically it is a number of tremendous importance for it alludes to one of the most prized possessions in all of history: Da'as Elokim - G-dly-Knowledge.

It is well-known that there are only ten fixed Sefiros: Keser, Chochmah, Binah, Chesed, Gevurah, Tifferes, Netzach, Hod, Yesod, and Malchus - Crown, Wisdom, Understanding, Kindness, Strength, Harmony, Dominance, Glory, Foundation, and Kingship. They are, for all intents and purposes, the spiritual DNA for all of existence, and the filters through which the G-d of light passes to make it all exist and happen.

Kabbalah explains that there is actually an eleventh sefirah. However, because it is really the product of other sefiros and subject to movement, meaning that it can come and go based upon the efforts of man, it is more like a pseudo-sefirah, though its centrality is not to be under-estimated. (In truth, Da'as is what the light of Keser becomes after being filtered through Chochmah and Binah, which is why it is not really counted independently, but that is already a discussion that goes above our heads.)

Brushing aside the details, Da'as means one thing and one thing only: Redemption. The more of this light that exists in the world, the more redemption will become a real and fixed reality, which is why the prophets describe Yemos HaMoshiach as a time when the world will be filled with Da'as, just as Betzalel was to construct the Mishkan, a microcosm of the entire universe in perfection, as the Zohar said....

The golden calf represents the other extreme - the world without Da'as, a forerunner of modern Western Society. (Ow! The truth hurts.) The Parah Adumah, the subject of this week's special Maftir, of course is the tikun for the golden calf, and therefore an expression of this very concept. (See Rashi at the beginning of Parashas Chukas.)

Thus, there are some very famous elevens through history, and they are all associated with this concept of Da'as. For example, Yosef was the eleventh son born to Ya'akov, the one through whom the hand of G-d became clear and from whom Moshiach ben Yosef will descend to help us across the threshold into Moshiach's time.

However, perhaps the most famous eleven is the gematria of the letters "Vav-Heh" from G-d's Tetragrammaton Name, purposely left out at the end of Parashas Beshallach when G-d swears there will be war against Amalek until the end of history. The Name of G-d that represents this reality is "Elokim." Once Amalek is finally snuffed out in Moshiach's time, they will return and G-d's Name will once again be one. However, until such time it is as if they remain hidden, like the hand of G-d itself in the affairs of man, allowing Gevuros and Amalek to do their thing.
(Rabbi Pinchas Winston, Perceptions on Parshat Ki Tisa)

We will have to watch this play out over the days to come, but I have the feeling that events might converge and cascade until we could have a real shot at GoguMagog on Hoshanah Rabbah 5773 just as predicted. If so, then history may very well show in the end that the Redemption began right at the closing of the year 5772.

May each one of us be inscribed and sealed for life and health and a future. May each one of us live and survive to greet Mashiach Tzidkeinu and merit to live in days of Mashiach and the rebuilt Beit Hamikdash in peace and love and joy.

there is actually a special word for 11 in the chumash, one that describes the nature of all 11's - עשתי עשרה

I wish I could find the shiur where Rabbi Winston talks about how prominent the number eleven was in the 9/11 event - even to the fact that the Twin Towers themselves looked like a number eleven.

how interesting! thank you.