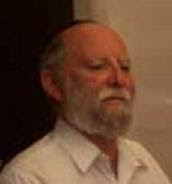 The roots of this message are imbedded in the Megila and Tractate Megila, and, would seemingly have been more appropriate to send it before Purim. But since its massive trunk, intertwined boughs and thick foliage stretch far into the future, spanning 2500 years to our days, its relevance goes far and beyond the miracles of Purim.

I believe that the Purim episode holds within it the secrets of the final chapters in human history, and even their time frame.

The Gemara (Megila 7a) tells of Esther’s request that the miraculous salvation of the Jewish people and the events leading up to it be included in the TaNaCh (Bible) as its 24th book, to be an everlasting remembrance of our miraculous victory over the forces of Amalek.

The rabbis rejected her request, basing their rejection on a verse in Mishlay (Proverbs 24:20)

The rabbis explained to Esther that this verse is the basis of our tradition that victory over Amelek may be written in the TaNaCh only three times: - once in parashat Beshalach, the second also in the Torah in parashat Ki Taytzay, and the third in the Book of Samuel, where King Shaul vanquishes Amalek. Therefore we are prohibited from adding a fourth entry.

Eventually, Esther convinced the rabbis that the two victories mentioned in the Torah should be counted as one entry, the episode of King Shaul as the second entry, and the victory over Haman as the third.

The rabbis agreed; so today we have Megilat Esther as the 24th book of the TaNaCH.

The Gemara does not discuss the tradition that only three victories over Amalek may be written in the TaNaCh, because herein lies the hermetically sealed secret of how the final redemption will come about and when.

I would like to share with you my thoughts on what is behind this tradition, with the hope that these thoughts will be verified in the very near future.

That the three victories over Amalek is recorded in the TaNaCh - but no more - is intended to inform us that when Amalek will be defeated three times in the time frame of a 70 year life span, the final redemption of Am Yisrael will have arrived.

It has never yet happened in the history of nations that three evil empires fell in the short span of 70 years; since it takes hundreds of years for an empire to develop, to peak, become corrupt and then die.

But it is occurring right now in our generation of 70 years!

In 1945 the Nazi leaders of Germany , unmistakably Amalek personalities, were defeated. Ten of them - the number of Haman’s sons - were sentenced to be hung; 9 were put to death by hanging with the tenth, Hermann Goering, escaping the gallows by committing suicide in his prison cell.

Forty six years later, in 1991, the leaders of the evil Soviet Union , also sons of Amalek, together with their anti-Semitic ideology, were discarded into the trash bin of history.

This leaves five years from now until the year 2015. In this period we shall see the destruction of another Amalek power.

Who will it be?

Perhaps It will be the Haman of the Koran spinning his hatred from Persia-Iran; or perhaps world Christianity or Islam; possibly all of them.

What makes this projection ever more interesting is the fact that the year 2015 corresponds to our calendar year of 5775, which in Hebrew is:

I submit this in full knowledge that, at the end of the day, all human calculations could be proven false in the face of what HaShem has in store for us.
Posted by Devash at 5:46 PM