Weep for the Terror That We Have Brought Upon Ourselves

Anyone who knows Torah, knows that we were commanded to remove the indigenous inhabitants of Eretz Yisrael upon our entry into it, to settle it.


The Lord spoke to Moses in the plains of Moab by the Jordan at Jericho, saying:

Speak to the children of Israel and say to them: When you cross the Jordan into the land of Canaan, you shall drive out all the inhabitants of the land from before you, destroy all their temples, destroy their molten idols, and demolish their high places.

You shall clear out the Land and settle in it, for I have given you the Land to occupy it.

But if you do not drive out the inhabitants of the Land from before you, then those whom you leave over will be as spikes in your eyes and thorns in your sides, and they will harass you in the land in which you settle.

And it will be that what I had intended to do to them, I will do to you.

No one can say this only applied to some previous ancient time as we see clearly that it has come true with 100% accuracy in our time - terror attacks from every direction; the expulsion of entire Jewish communities; and the wanton destruction of Jewish property.

That is one problem. One might make excuses about why we have been unable to remove the Arab enemy from our midst for the last 70 years. (And lest we forget, they are not only Muslims, but Christians as well!)

However, a situation has developed here for which there can be no excuse and no explanation. Why have we allowed unethical people to bring in idol-worshipers from outside our land and make a home for them among us??? By our silence and inaction, we have compounded the problem many times over!

How Much Trouble Can Be Caused by "Unfaithful Men"?

And it is so much worse today than it was in 2009 when the above was originally written.

The Divine Presence is pushed away by all these impurities and so our Divine protection is diminished accordingly.

And as if that were not enough, to add more insult to injury, there are voices growing louder and louder, every day, to bring this idolatry right up onto the Temple Mount! 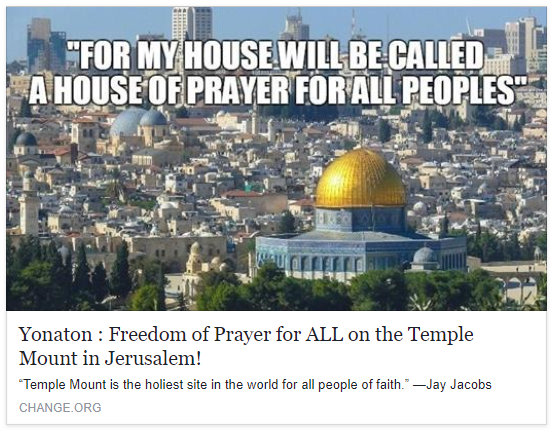 We have to weep for all the terror that we have brought upon ourselves because Rabbi Itamar Ben Gal, Hy"d will not be its last victim. That is guaranteed as long as we continue to defy God's Law.

This is the time of the great birur - the time during which it will be decided who will go with Mashiach into the messianic age and who will be separated out as traitors and rebels against our Holy Torah. The time is coming when Mashiach will lead us to fulfill the Law in all its details. Will you be eager to follow him or will you try to stand in his way?