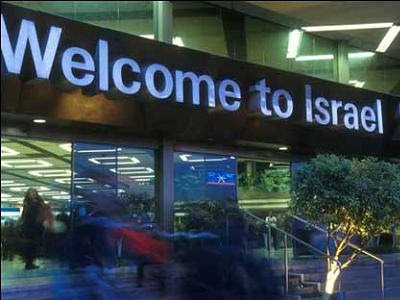 Today, almost 6 million Jews are living in the land of our forefathers. Could they have succeeded without the blessing of The Master of the World?

The Beginning of Aliyah - In accordance with the Vilna Gaon's wishes, three groups of his disciples and their families, numbering over 500, made aliyah to the Land of Israel between 1808 and 1812, a movement documented in Arie Morgenstern's book, Hastening Redemption. This immigration is considered to be the beginning of the modern Jewish settlement in Palestine.
The First Aliyah (also The Farmers' Aliyah) was the first modern widespread wave of Zionist aliyah. Jews who migrated to Palestine in this wave came mostly from Eastern Europe and from Yemen. "The First Aliyah began in 1882 and continued, intermittently, until 1903". An estimated 25,000–35,000 Jews immigrated to Ottoman Syria during the First Aliyah.
The Second Aliyah was an important and highly influential aliyah that took place between 1904 and 1914, during which approximately 40,000 Jews immigrated into Ottoman Palestine, mostly from the Russian Empire[1], some from Yemen.
The Third Aliyah refers to the third wave of Zionist immigration to Palestine from Europe between 1919 and 1923, from the end of World War I until the start of the economic crisis in the country. ...40,000 Jews arrived in Palestine during the Third Aliyah.
The Fourth Aliyah (1924 - 1928) - In the middle of 1924, a new wave of immigration set in, different in social composition from its predecessor. There had been a drop in the inflow of pioneers, mainly because of the restrictions on departure from Soviet Russia. On the other hand, there was a rise in the immigration of middle-class people -- shopkeepers and artisans -- mostly from Poland.
The Fifth Aliyah (1929 - 1939) - The Fifth Aliyah brought in over 250,000 Jews and transformed the character of the yishuv. The Fifth Aliyah had begun with a small trickle in 1929, but in 1933 - when Hitler rose to power in Germany - the trickle became a flood. In the period between 1933-36, more than 164,000 Jews entered the country legally, while thousands of refugees came as "illegal" immigrants
Youth Aliyah - After the election of Hitler as Chancellor of Germany, the Nuremberg laws were enacted. Jewish children were among the first victims of discrimination and harassment. Recha Frier and Henrietta Szold implemented a plan of saving German Jewish children by sending them to collective farms and villages in Eretz Yisrael where they were reared and educated under the auspices of Youth Aliyah. During the war years over 11,000 children were rescued by Youth Aliyah.
Aliyah Bet ... was the code name given to illegal immigration by Jews to the British Mandate for Palestine in violation of British White Paper of 1939 restrictions, in the years 1934-1948. ...The Aliyah Bet is distinguished from the Aliyah Aleph ...: the limited Jewish immigration permitted by British authorities in the same period.
Aliyah from Arab countries - From 1948 until the early 1970s, around 900,000 Jews from Arab lands left, fled, or were expelled from various Arab nations. In the course of Operation Magic Carpet (1949–1950), nearly the entire community of Yemenite Jews (about 49,000) immigrated to Israel. Most of them had never seen an airplane before, but they believed in the Biblical prophecy that according to the Book of Isaiah (40:31), God promised to return the children of Israel to Zion on "wings". ... 114,000 Jews came from Iraq in 1951 in Operation Ezra and Nehemiah.
Aliyah from Iran - Over 30,000 Iranian Jews immigrated to Israel following the Islamic Revolution. Most Iranian Jews, however, settled in the United States (especially in New York City and Los Angeles).
Ethiopian Aliyah - In 1977 30 families came. Between 1977 - 1984, 3000-4000 Ethiopian Jews came to Israel, primarily from the Tigrae region. "Operation Moses" brought another 8,000, mostly from Gonder. During that Aliyah, approximately 4,000 lost their lives in the desert wastes and refugee camps of Sudan. "Operation Solomon" saw another 15,000 Ethiopian Jews reach Israel, and small groups have continued to congregate in Addis Ababa, and immigrate ever since. Today there are approximately 85,000 Ethiopian Jews in Israel, 20,000 of who were born here.
Aliyah from the Soviet Union and post-Soviet states - In the years 1960–1970, the USSR let only 4,000 people leave; in the following decade, the number rose to 250,000. Many of those allowed to leave to Israel chose other destinations, most notably the United States. In 1979 a record 71,000 Soviet Jews were granted exodus from the USSR, of whom only 12,117 immigrated to Israel. Since the dissolution of the USSR, over one million Soviet Jews have immigrated to Israel.
Argentine Aliyah - In the 1999–2002 Argentine political and economic crisis that caused a run on the banks, wiped out billions of dollars in deposits and decimated the country's middle class, most of Argentina's estimated 200,000 Jews were directly affected. Some chose to start over and move to Israel, where they saw opportunity. More than 10,000 Jews from Argentina immigrated to Israel since 2000, joining the thousands of previous olim already there. The crisis in Argentina also affected its neighbour country Uruguay, from which over 500 Jews made aliyah in the same period.
From the 1990s - Since the mid 1990s, there has been a steady stream of South African Jews, American Jews, and French Jews who have either made aliyah, or purchased property in Israel for potential future immigration. Specifically, many French Jews have purchased homes in Israel as insurance due to the rising rate of anti-Semitism in France in recent years. The Bnei Menashe Jews from India, ... slowly started their Aliyah in the early 1990s and continue arriving in slow numbers.