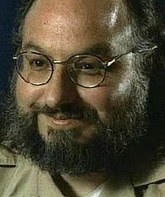 His brothers (at the Israeli embassy) threw him into the pit (turned him over to the FBI). And he was sold (all the papers he had passed to the Israeli government were traded to the US in order to salvage "the relationship"). This will be rectified when his brothers are unified in their call for his release.

Rabbi Sitorsky, in his commentary on Vayeisheiv, said that Yosef and Binyamin cannot be separated. They must be together. It is no coincidence that the only Prime Minister to make any serious attempt to obtain Jonathan Pollard's release is Binyamin Netanyahu.

Interesting that Rabbi Glazerson apparently feels that it is permissible to reveal the following information at this time...