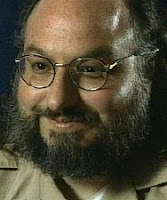 I don't know why and I don't know how, but I know without any doubt whatsoever that the fate of Jonathan Pollard is tied inextricably with the geulah shleimah. Just as the events that we are experiencing, which are bringing us closer and closer to the division of Jerusalem, come in waves like birthpangs, so do efforts to free Jonathan.

There will be a lot of news and a lot of activity and then a long period of quiet where nothing seems to be happening and then along comes the next 'contraction.'

I don't know if you were aware or not that Netanyahu put out feelers a few weeks ago to see if Obama might give Pollard in exchange for a renewal of the building freeze in Yehuda v'Shomron. It made international headlines. Washington did not respond, of course. Shortly thereafter, a handful of congressmen from Obama's own party began circulating a letter that is to be delivered to Obama "mid-October" requesting clemency for Pollard based on the discrepancy between his sentence and what others received for the same crime.

"...The letter notes that they are not questioning Mr. Pollard's guilt, the process by which he was convicted and sentenced, nor the necessity of punishing those who engage in espionage on behalf of allied countries. Rather, the appeal for clemency is based on the vast disparity between Mr. Pollard's sentence and the sentences given to many others who have been convicted of similar activities, even with countries that unlike Israel are or have been adversaries of the United States.

The letter also notes the positive impact that a grant of clemency would have in Israel, as a strong indication of the goodwill of our nation towards Israel and the Israeli people. This would be particularly helpful at a time when the Israeli nation faces difficult decisions in its long-standing effort to secure peace with its neighbors."

This is the most public call for Pollard's release since the fiasco at Wye River.

This week, every Jewish organization in America from the Religious Action Center of Reform Judaism to the Orthodox Union and Agudat Israel have lent their calls for clemency to this latest effort. Things are definitely moving along, but this long and protracted labor is exhausting and disheartening us all. Please do your part to make this big push the one that will 'deliver the baby' so to speak; that will bring us all to the deliverance that we have all been waiting, hoping and praying for. Please bombard Heaven with your pleas on behalf of Jonathan Pollard and the complete redemption!


Pidyon shvuyim (Redemption of a captive). A mitzvah that retains a unique place in every Jewish heart - and rightfully so.

"There is no mitzvah that is [as great] as pidyon shvuyim," declares Rambam. The Shulchan Aruch rules that pidyon shvuyim takes precedence over all other types of tzedakah, and even when money has been collected for any other cause, it may be diverted for the sake of ransoming a captive.

Avraham Avinu placed his life in grave danger to gain freedom for his nephew Lot, and ever since then his descendants have done their utmost to free their captive and imprisoned brethren.

We are privileged to live in a malchus shel chessed (a benign regime), with an overall fair and transparent legal system. There are, however, some shocking exceptions to the rule: cases in which justice has, thus far, been denied and the ideal of fairness has disappeared.

For nearly 25 years, a Jew has been incarcerated in a federal prison. His crime? Passing classified information to a close U.S. ally. His intentions were good, as he acted out of a deep concern for the safety and security of his brethren in Eretz Yisrael. The close intelligence ties between America and Israel and the pacts between them made him feel that in no way was he endangering U.S. interests.

Nevertheless, as he has acknowledged on more than one occasion, despite his good intentions, what he did was wrong, and he should never have done it.

Others who committed similar crimes were either deported, or received a minimal prison sentence (an average of two years). Either punishment fit the crime.

But after Jonathan Pollard agreed to plead guilty in exchange for a promise that he would not get the maximum sentence, the judge proceeded to ignore the agreement and sentence him to life in prison!

Can we look into our own hearts and truly say that we have done all we can - both on an individual and on an organizational level - on behalf of this Jew?

Contrary to what is commonly though mistakenly assumed, much can be done. First and foremost is the power of tefillah (prayer). Ultimately, the Ribbono shel Olam (Master of the World) is the One who frees captives, and if each and every one us would undertake to daven (pray) every day for Yehonoson ben Malka, it would certainly have a huge impact in Shamayim (Heaven).

At the same time we also have a obligation to undertake practical hishtadlus (efforts) on his behalf.

As reported on the front page in this issue, four Congressmen have announced that they are circulating a letter in the House of Representatives seeking other members to join them in asking President Obama to extend clemency to Pollard.

The appeal for clemency is based on the vast disparity between Mr. Pollard's sentence and the sentences given to others convicted of worse crimes, aiding countries that unlike Israel are or have been adversaries of the United States.

The letter also notes the positive impact that a grant of clemency would have in Israel, as a strong indication of the goodwill of America towards Israel and the Israeli people.

According to Rabbi Pesach Lerner, Executive Vice President of National Council of Young Israel, who for many years has been at the forefront of efforts to help Pollard, this is the first time such a letter has been circulated in Congress.

We commend Congressmen Barney Frank, Bill Pascrell, Adolphus Towns and Anthony Weiner for this effort; they have our appreciation and gratitude.

It is crucial for each of us to contact the member of Congress representing our particular district and urge them to sign this letter, which is now being circulated in Congress and is expected to be sent to President Obama in about ten days.

It is essential for our elected officials to hear how important this matter is to us, and with Election Day only weeks away, that whether or not he or she signs this letter will impact our vote on November 2. "We all need to call our congress people and request that they sign on, and if not, ask why. Then we need to educate them on the real story," says Rabbi Lerner.

In another noteworthy development, Professor Lawrence J. Korb, who served as Assistant Secretary of Defense when Pollard was arrested, has written to Obama calling for clemency.

"Based on my first-hand knowledge, I can say with confidence that the severity of Pollard's sentence is a result of an almost visceral dislike of Israel and the special place it occupies in our foreign policy on the part of my boss at the time, Secretary of Defense Caspar Weinberger.

"Secretary Weinberger submitted two affidavits to the court in order to convince the judge to give Pollard a harsher sentence than the one requested by the government, despite Pollard admitting guilt, plea bargaining and cooperating with the government," Korb says. "The government committed to not seeking a life sentence but due to the Weinberger Affidavits, the redacted version of which I have read, Mr. Pollard received a disproportionate life sentence," he insists. The Shulchan Aruch states that "Every moment that one delays freeing captives, in situations when it is possible to expedite their freedom, is considered tantamount to the shedding of blood!"

Now is a time for united, comprehensive effort on behalf of Yehonoson ben Malkah. With only days left before the congressional letter is to be sent to the president, time is of essence. Let's pick up our phones and call now, and pick up our pens and write today.
Posted by Devorah Chayah at 8:43 AM