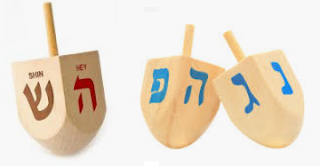 Many Jews seem to want to play down the difference between here and there, for whatever the reasons.  But, it has to be understood by all that the miracle of Hanukkah could not have taken place anywhere else in the world.

Only in Eretz Yisrael do we Jews have the Divine right to determine our own destiny and to oppose, by force, if necessary, anyone who stands in our way.  And only in Jerusalem could the Temple service have been reenacted and the Temple Menorah rekindled, as it will be once again. 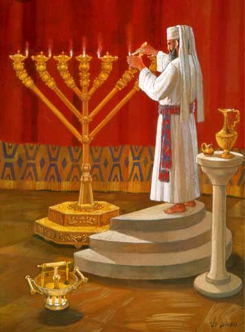 R., I try not to link to anything connected with false messiahs.

Such disturbing times, I just read from 'Shearim' blog about how in Yerushalayim near the First Station, xmas is being celebrated openly with quite a number of people, whereas Chanukah is not even seen and celebrated. It's getting worse and worse. How low have our people sunk? Oy vey! I do think we're seeing the end of the 'medina' which will be leading to the rise of EY, with the coming of Moshiach! Amen!

Actually you are incorrect Devash because the official dreidel has a Shin, and it was changed to a Peh by the Zionists !! There are kabalistic reasons for the Shin and I know people in Israel who will not use a dreidel with a Peh.

That doesn't make anything I said "incorrect."