The nations, especially the Arabs, continue to cry against the recently passed Nation-State Law which allegedly establishes that Israel is a Jewish State. But, the interesting thing about that law is that it really doesn't change a thing on the ground. It's actually nothing more than a fig leaf to cover up what's really going on here. If anything, Israel is a 'Jewish-style' state. Like "kosher-style" food, it has some outward indication of being kosher, but in reality, where it counts, it's just not.

Like the ironically-named Jewish Home party, both the "Jewish" Home and the "Jewish" State are working hand-in-glove with American Evangelical Christian organizations to create in Israel the "One New Man" - which is neither Jewish nor Gentile - but some hybrid of the two.

According to one major promoter of this viewpoint...


...The idea is that God wishes for Jews and Gentiles to come and worship together as One New Man in faith. We believe that the separation of Jew and Gentile was never what God desired for us. Instead, we are called to be one people under the Church of the one true living God.

The underlying message of the One New Man is held deep within the roots of Christianity—in its Hebrew beginnings. By investigating the One New Man lifestyle and God’s desire to unify His people, we gain a better understanding of our faith and, in turn, God.

...the concept of the One New Man refers to both Jewish and Gentile Believers [in JC], reconciled together under God, through one body. The Holy Spirit revealed to Paul and the Apostles the idea of One New Man as an invitation for all, Jew and Gentile to worship, pray, eat and serve together, tearing down walls of separation. Yeshu- taught and demonstrated the Kingdom of God, as One New Man, throughout the land of Israel.

...our mission is to align with God’s plan to build a bridge of unity between Jews and Gentiles, worshiping God together as One New Man, honoring the Jewish roots of our Christian faith.

Every so-called Christian-Zionist Lover of Israel who maintains a presence in Eretz Yisrael is driven by this philosophy. Whatever the motivating factor behind each individual involved, it is part and parcel of a much higher agenda to annihilate real Jews and Judaism through its utilization and ultimate realization.

We just recently saw one good example of this effort being put into practice in Ariel where the youth of Israel are being targeted. 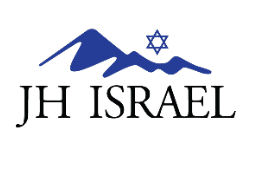 "The need for strong values and moral character in leadership has never been more evident. Through the National Leadership Center, JH Israel collaborates directly with Israeli leaders to develop a biblical, values-based educational initiative to meet this need."


Personally endorsed by Education Minister and "Jewish" Home party leader Naftali Bennett, who awarded the organization a reported 1 million sheqels, without public tender, for its operations, they don't need to explain whose Bible and whose values will be promoted in this program.

Another example of the Israeli government's "collaboration" can be seen in the Jewish Agency's funding of the Israel Return Center's program for lone soldiers and new olim. 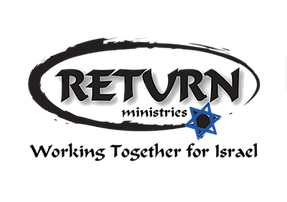 Return Ministries established a work in the Galilee in 2013 and is now bringing restoration to a former boarding school in the Jordan River Valley. The Bikat Kinarot Center at Beit Zera is a 15-acre property on which God is birthing a unique partnership between Return Ministries and the Jewish Agency for Israel (JAFI), who are responsible for Aliyah, Rescue and Absorption, all to bless Israel.

I don't know how much money the Jewish Agency is giving them, but don't forget that Nefesh b'Nefesh has also taken on many of the responsibilities that used to be in the hands of the Jewish Agency. Like one messianic who bragged that the local social workers give him lists of people in need that the missionaries can then target, it seems that the Jews in power would rather outsource these services to Christian volunteer organizations.

It's interesting that we've gone from leadership accepting donations from Christian organizations to handing out tax-payer funds to them. But, it's not just the Evangelical missionaries we have to worry about. They are targeting religious Jews on the right of the political spectrum, but we've got foreign elements targeting each subgroup in Am Yisrael using its own ideological base against it - like a "Trojan horse."

Baruch Hashem, there are rabbis who are prepared to fight back in this war for the hearts and minds of Am Yisrael. Right now, they are going head-to-head with the New Israel Fund. I wish them every success!


'Reveal data': Huge support for 'Hotam' campaign
Following Hotam's campaign against the New Israel Fund, senior religious Zionist rabbis are calling on organizations in the sector to expose and even sever ties with the New Israel Fund

The pure tzaddikim also know how to fight when necessary
In the wake of the video of the organization Hotam, they quote Rabbi Kook's famous passage about the pure tzaddikim, which ostensibly forbids the struggle against the forces that stand against it, but rather to add light and goodness. In a perfect world - perhaps this is possible. But as we see, in our world it's not. And not only that, Rav Kook himself did not hold by this.

Attack on New Israel Fund Charges It Brainwashes Orthodox Jews in Plot to Undermine Israel’s Jewish Character (Haaretz: No access to full article)
A new campaign by a right-wing religious NGO attacks liberal Orthodox activists in Israel for being agents of the NIF, and urges the greater religious community to 'cut ties' with the U.S.-based nonprofit

From the  גילוי דעת issued by the rabbis...


“A comprehensive study recently conducted by the Hotam organization has come to our attention. It shows how there are forces and organizations that are working to weaken the Jewishness of the state and its spiritual and moral strength in a consistent and pre-planned manner, even within Religious Zionism, and in effect to bring about a process that will ultimately erode the Jewish identity of the State of Israel.”

“Therefore, there is a great obligation to reveal to the public all these grave facts and intentions, and not to leave them hidden from their eyes, so that the goals of these organizations’ actions are clear and the public knows how to treat them and beware of them.

Between HaRav Yaakov Ariel's Hotam and HaRav Tau's Liba, I'm seeing a major messianic awakening that can only mean the revelation of the Redeemer's identity won't be long in coming now.

...in recent years, various factors, with the help of foreign funding, have completely changed the nature of the State of Israel as a Jewish state and transformed it into a state of all its citizens.

A coalition of organizations, supported mainly by foreign financial sources, tries in various and sophisticated ways to "steal" the state against the will of an absolute majority of the people who see Israel as the state of the Jewish people.

The LIBA Center, which aims to preserve the Jewish identity of the state, is facing these trends.

We believe that the Jewish people is alive and well, and loves its Jewishness. From this perspective, the LIBA Center works to awaken the healthy and trustworthy forces of the State of Israel in the various spheres of public, rabbinical and political activity - to speak and act for the preservation of the Jewishness of the [country].

The edomite chazer sticks out its hoofs and says see, I have a kosher siman! I am kosher too!

Its so true what you say. The medina relys on Jewish symbols to prop up its legitimacy. Whether its a magen david, menorah, tallis etc. The medinah has such a weak ideological base that it has to lean on Judaism to attempt to prove its legitimacy.
With the rise of the Torani state and the Goel Tzedek, hopefully these symbols are taken back. Once they are, the state will cease to exist as a legitimate entity.

Were it not for the religious parties, life here for religious Jews would already have become impossible.

There are currently three religious parties in the ruling coalition: the ultra-Orthodox United Torah Judaism and Shas parties, and the religious-Zionist Jewish Home.

“If there was an option to not mix ultra-Orthodox and religious parties in the political system, I would definitely prefer that, because politics is a matter of compromise and religion is simply unyielding,” Social Equality Minister Gila Gamliel said Tuesday in an interview with Army Radio.

“We see this breakdown playing out in a lot of issues, and therefore there should have been a clear separation,” Gamliel charged. “I always say we should change the system of government. And there should be a public outcry to demand exactly that.” (Source)

You've got to know that the Americans want this just as bad as she does - Israel, a nation like all the others, the only democracy in the ME, America's base for ME control.

I wholeheartedly agree with the sentiment that we should change the system of government. How about we restore the Davidic Monarchy???!!!

It will be an evolution not a revolution.

Gila Gamliel supported the disengagement. That says everything about her.

"Twenty-three Likud MKs voted in favor of the [disengagement], while 17 voted against it." (that included Netanyahu.)

I've no doubt she still has a lot of like-minded colleagues in the Likud, also on this issue.

Did you see that Netanyahu is cherry-picking his moment to call elections when he thinks he will get enough mandates to kick the religious parties to the curb?

It is so true that as long as it is a non-Jewish government, it's almost impossible to fight them (Eisav, Erev Rav & Yishmael). They have too much inside & outside power, so like commenter @6:51 pm writes, it's evolutionary and may the true Jews multiply like fish, but even faster, may Moshiach come immediately because this is a frightening scenario. Bennett should be ousted from a party falsely called 'Jewish Home' party; it's the non-Jewish party! I knew that when he first ran for office partnering with the radical hater of Judaism, Lapid. That said it all. All these signs 'has to be a definite sign' for the end of the state and beginning of EY Hashleimah - MOSHIACH ASAP! Please H' - do not delay any longer!

If you look at just the demographics, the Shabbat observing DL->Charedim are already half the population. What is interesting is the change from Hiloni to Charedim http://www.pewforum.org/2016/03/08/israels-religiously-divided-society/

Where do you find that hiloni are switching to charedi? I did not find it.
Also where did you find that dl/chardal and charedi are half the population?