This Too Is Yad Hashem 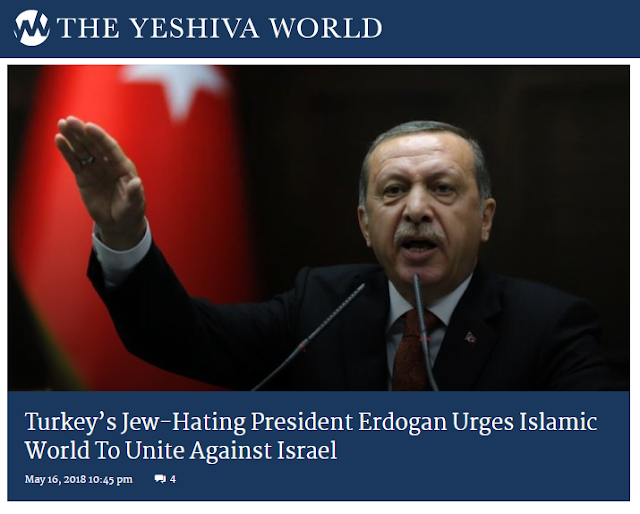 When we are silent, other voices come forth.

It is no coincidence that this comes at the same time Jerusalem and Eretz Yisrael have been invaded by Christian missionaries at the invitation of the Jewish government.

Islam arose to be the counterbalance to Christianity.
Posted by Devash at 8:27 AM

Everyone tremble with awe, turn to himself ,correct his life,
because He is the merciful G-d ,doesn't pleased in the destruction of His works and the death of the sinner.﻿

ErdoHitler! May he be destroyed without mercy.

Engineering of an even higher authority that is more advanced than even industrial engineering and medical engineering...
But when we mention israel, we are mostly talking about Zionism rather than judaism but there are real jews living in israel as well so to allow the Arabs to attack all of israel and civilians would mean to harm real jews in the process!! !
Funny how erdogan met with extremist anti-zionist loons neturei karta and erdogan tweeted like he likes jews but hates zionism and he told the Zionists to read the ten commandments based on how they conquered israel
Jack

Worth mentioning the Ottomans wanted to harm the Jews of Eretz Yisrael like they did with the Armenian, Assyrian and Greek genocides during and after WW1.

Which was only prevented by a German officer who himself had no particular love for the Jewish people. - http://www.israelnationalnews.com/News/News.aspx/212818

I'd never read this history before. Thanks for sharing it.

Rabbi Avigdor Miller said, all through the long galut, Hashem has engineered it that one or the other of these two religions prevail. As soon as the Jewish people become comfortable with one, it switches over to the other.
Elimelech