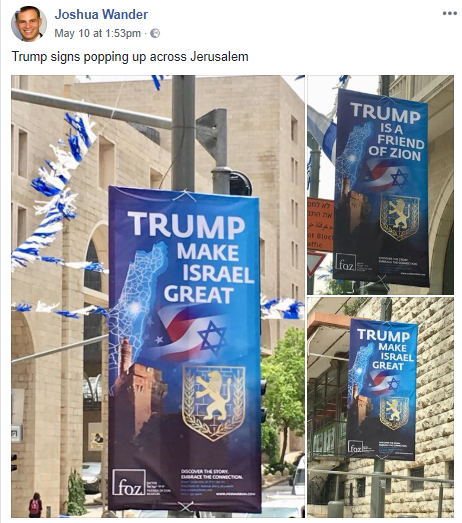 The are getting a lot of attention, but what right has FoZ to make it appear as if they are voicing the sentiments of Israeli Jews? Because this is how unknowing outsiders perceive it.

Who or What Is Foz?

"Friends of Zion" (FoZ) is actually the work of one man - self-described "Christian Zionist" Mike Evans, who has been a missionary for decades. He lays claim to having a "non-practicing Jewish" mother and an "antisemitic" father. He further claims to have had an "encounter" with JC at age 11 and attended a Christian college. He was in on the messianic movement at its beginnings and is fixated on Israel and the future of the Jews.

Mike Evans began the Jerusalem Prayer Team in 2002, which raised money for Ehud Olmert's New Jerusalem Foundation. Recently, the Jerusalem Prayer Team funded the construction of the Mike Evans Museum in Jerusalem, now officially known as The Friends of Zion Heritage Center. Dr. Evans has been accused of being a Christian missionary due to his past history. In 1977, he headed B'nai Yeshua, a Hebrew Christian group, which was active on college campuses. ... Recent articles continue to simultaneously praise him for his pro-Israel activism but warn of a possible hidden agenda to convert Jews in Israel to Christianity or Hebrew Christian beliefs. (Source)

Located in the heart of Jerusalem, the Friends of Zion Museum brings stories of love and heroism to the world. Magnificently told using ground-breaking technology found nowhere else in the nation, visitors experience the unfolding story as though stepping back in time. Accompanied by a moving original musical score, fantastic surround sound, lighting second-to-none and interactive displays that appear to come to life before your very eyes, the Friends of Zion Museum is a once in a lifetime experience for audiences from around the world. Visitors enter a whole new world, where they meet the biblical figures, academics, businessmen, and military officials who, through their faith, have forged an everlasting bond between the Jewish and Christian peoples. (Source)


"...When Jesus comes riding through the clouds, you will feel yourself ripped from this mortal existence and transformed even as you rocket through the stratosphere on your way to meet with Him in the air!"

"...They will gaze into the loving eyes of the Lamb who shed His blood to redeem all of mankind! They will behold the Creator of the Universe in all His glory! Have you ever thought of that? Have you ever considered the reality of the certainty that because you’re washed in the precious blood of Jesus your eyes will behold the pristine glory of the King of all creation?"

"...That day is coming very soon! As it approaches, keep your eyes on Jerusalem! The City of David is your prophetic timepiece, your periscope into the future to discern just how close we are to that blessed event ...."

"...'And this gospel of the kingdom shall be preached in all the world for a witness unto all nations; and then shall the end come.' Matthew 24:14"

Michael David Evans is an evangelist with a burning passion to reach the lost. For more than two decades, he has been conducting revivals and crusades throughout the world. CNN World News, BBC, etc have covered his meetings."

There is no question that this man is a missionary whose heart's desire is to see all the Jews come and bow before "King J*sus," God forbid!! Anything and everything he does in Israel is done with that goal in mind. 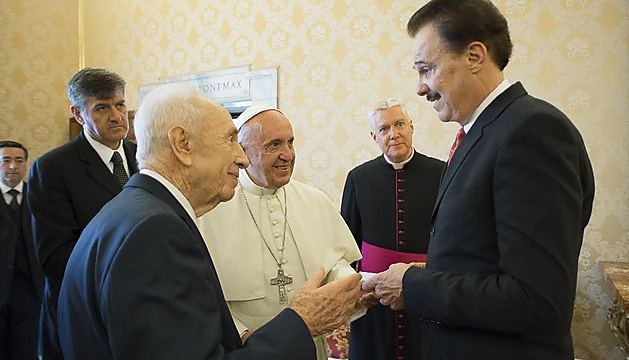 he Friends of Zion Museum launched a massive campaign across the capital this week to honor President Donald Trump and the State of Israel ahead of the US moving its Embassy from Tel Aviv to Jerusalem next week.

Over 150 Billboards were placed in recent days on buses and buildings throughout the city. The museum’s previous campaigns have included welcoming President Trump and Vice President Mike Pence when they each visited Israel.

Here is another one from the "one new man" himself...

TIME TO START CREDITING THE CHRISTIANS

Trump is a true friend of Zion = This already sounds very Christian, as no Jew would talk like this.

And why should Trump make Israel great?
Israel is great and we have G - d and don't need an American President.

Amen to your Amen, Devash - the yehudi has become so assimilated in thought and mindset that even when they are observant of Shabbat, kashrut, etc., they still don't think like yehudim. Yehudim, put your faith (emunah) in H' only, repent and pray for Moshiach Tzdkeinu to come NOW and forget about the world of politics and all its games. The end game for the nations is only one thing - final solution for the Jewish nation.