Hashem's War on America and the Erev Rav

So, it was announced a couple of days ago that Trump's "Peace Plan" will be revealed "after Ramadan ends." That puts us into Tammuz - a traditional time for evil decrees to befall Klal Yisrael.


At the [Embassy] ceremony Mr. Kushner, who has been tasked by his father-in-law with brokering the Middle East peace deal, said that the administration believes "it is possible for both sides to gain more than they give, so that all people can live in peace, safe from danger, free from fear, and able to pursue their dreams," adding that "Jerusalem must remain a city that brings people of all faiths together."

In Friday's report, senior Yedioth Ahronoth commentator Sima Kadmon cited an undisclosed senior political figure, who stated that during a meeting between Mr. Netanyahu and Mr. Kushner, the latter presented the upcoming U.S. peace plan, and that it will include Israeli concessions regarding the Arabic neighborhoods in Jerusalem. According to the report, the person further pointed out that never once had the American president or one of his representatives committed to a "unified Jerusalem."

Also on Friday, The Associated Press reported, based on five U.S. officials and a congressional aide, that Mr. Trump intends to reveal the peace plan in mid to late June, shortly after Ramadan ends. (Source)

As pointed out before, you can look at the unnatural reaction of nature and know if something really bad is going on behind the scenes. Days of near 100-degree temps in Jerusalem in May? What is the regime up to? What "dangerous deals" are they weaving while they sit in their bunker?


* The Erev Rav Gov't will deceive the nation and secretly weave dangerous deals.

* They will hand over holy places, including Yerushalayim, and this will cause a 'storm' in Am Israel. (From Yehudit's "Prophecy")

What they propose to do will never happen, because the Holy One, blessed be He will go to war against them and all the idols of their land, starting with the Dollar.


* The United States will be severely struck because of their pride.

* The dollar will lose its value and the inflation will severely escalate. 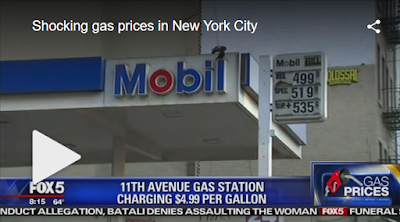 http://www.israel613.com/EREVRAV2.htm
You can find there lots of stuff on the Erev Rav