"Grant not, Hashem, the desires of the wicked one; do not cause his conspiracy to be carried out, for them to be exalted, Selah." - Tehillim 140.9

I get the impression that some of my readers think that the sources I use in my blog posts represent the sum total of my research on these subjects. Let me tell you now. Nothing could be further from the truth. I research long and diligently - all sides - before I feel comfortable to draw any conclusions. Not only have I been looking into some of these matters for years, in some cases, I have actual personal experience from the inside. Any source I choose to include in a blog post is for demonstration purposes to show the readers that I'm not making something up out of thin air.

That said, I'd like to move on and try to connect a few dots with regard to the subject matter of the past three days - "The Storm."

In case it was not clear before, "The Storm" is the public expression of what has been developing in secret or under the radar for many decades, if not longer. "The Storm" will be considered to have arrived when indictments are unsealed and public arrests are made involving thousands of people, especially high-profile people, like Bill and Hillary Clinton who have now outlasted their usefulness, and many with Jewish names or Jewish connections, r"l. One of the highest priorities for the rank and file of Trump supporters is the arrest of those with rumored ties to child trafficking and purported pedophile rings.

I must digress here and ask a thought-provoking question. Who is the head of the most far-reaching, longest-acting pedophile ring in the world? Answer that and you'll know who sits at the very top of the pyramid.

When these arrests begin to take place, it is commonly assumed that a violent push-back will result from the aptly named "anti-fa" crowd. The plan is purportedly for Trump to act via executive orders and for the military to enforce them and maintain order across the country through the imposition of martial law. Where it goes from there, your imagination is as good as mine I'm sure. So, that is "The Storm."

You may be wondering what the point is of all this? Well, there is a sizable portion of the American population that believes their country is in danger and that this is the only way to save it. They are willing to risk everything to that end. The rank and file at the bottom, many of them decent people, have no clue that they will actually bring about the very thing they abhor the most - the New World Order. Everyone is being used. The lower the person is on the totem pole, the less he understands the true nature of the beast. It controls both sides. There is no escape from it. Not in the West. 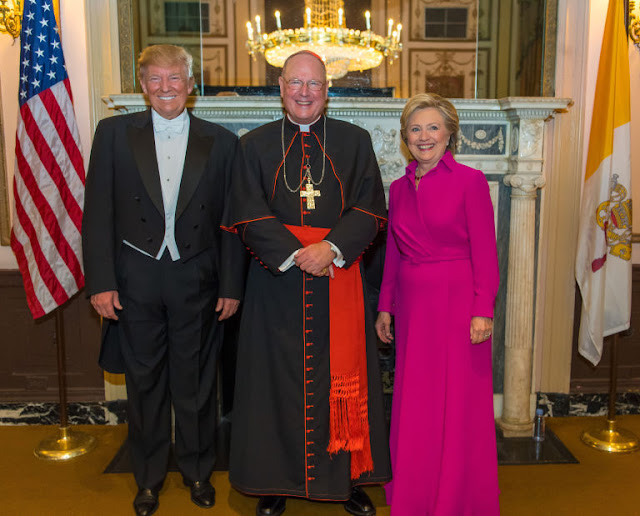 At the Clintons' level, they know the game is rigged. I think they told Hillary that she was going to be the next president. It was in the bag. Trump was selected to be opposite her to insure her election would be most plausible. And I have no doubt he was in on it, too. Somewhere along the line, he accepted some help with his business that left him with a debt to repay and this is how the lender wanted to collect. He knew it was supposed to be an act, a game like his reality show. No one was more surprised by his win than Trump and Hillary Clinton.

That's why she was so smashed up over the loss. They wanted them to believe it totally to make it seem as real as possible. Since the Powers That Be were getting very near their ultimate goal, it had to be played masterfully. And when the moment of truth arrives, she and Bill both, along with many other gasping, squirming fish will be caught in the net and hauled away to some American gulag - maybe even Guantanamo - if they don't get something worse.

If all of this turmoil results in an outright civil war in America, all the better for the Powers That Be. Destroy the old order and from out of the chaos will come a new order. It's entirely possible that the coup will succeed without too much resistance, at least in the beginning. That's the point of this Q phenomenon, in my view - urging the radical right to cooperate because these are patriots acting in their name and on their behalf. They are wearing "the white hats."

This is not an America which will be kind to Jews. Here is a sampling of comments taken from this group of "patriots" on Monday: 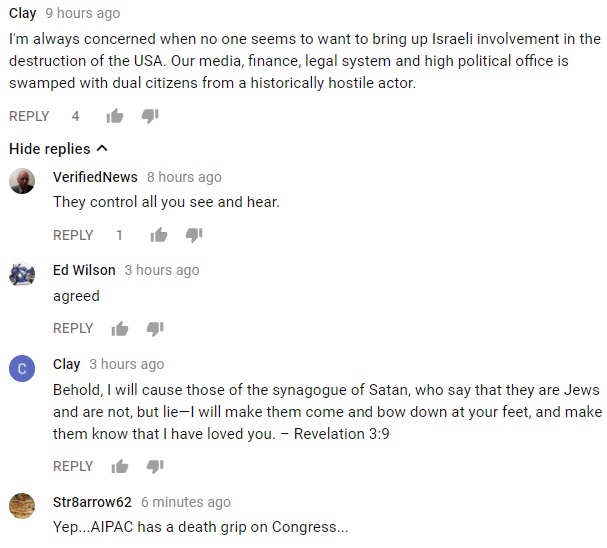 It's always right there, smoldering just beneath the surface - that old New Testament antisemitism. These are not the Israel-loving Christians many Jews have become familiar with. These are Christians who answered the Pope's call for the Crusades in the Middle Ages. Is there a Jewish reader here who does not understand the significance of that?

Can it happen on US soil? Do you really want to wait to find out?

It may just be a coincidence that a very popular Neo-Nazi website is known as "Stormfront." But, we don't believe in "coincidence."

The words have come from many respected sources, not the least of which is our Tanakh. Israel is the safest place for Jews. Israel is where all Jews belong.

If any part of this is unclear, you are welcome to email your questions or comments: tdnjslm@gmail.com
Posted by Devorah Chayah at 6:04 PM