The Torah is Offensive 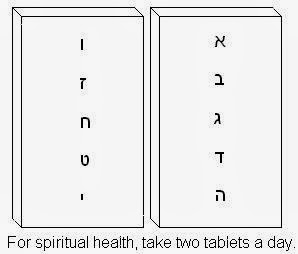 In a world where the truth is offensive, the Torah itself is an offense.

When an Israeli Orthodox MK, addressing concerns about a newly proposed adoption law, stated that Reform Judaism is "not Jewish" and is, in fact, "another religion," Reform and Conservative leaders registered their protest.  The head of the ADL spoke for all of them when he said:

"...Such views are inappropriate, offensive and unjustified."

Regarding a letter some Israeli rabbis addressed to Secretary of State John Kerry warning of Divine retribution should he continue to forcibly divide the Land of Israel, the OU and RCA condemned it, saying:

"...these rabbis engaged in extreme and offensive rhetoric,...."

When the galut-refined sensibilities of the OU and RCA and ADL and Reform and Conservative are offended by the truth, what does that tell us about them? What does it say about the spiritual health of American Jewry?

Or maybe I should rephrase that.  What does it say about Jewish Americans, for clearly these people are Americans first and their Judaism is secondary to that.

There are those who sit at one end of the spectrum of Jewish American society and cluck their tongues and shake their heads over the death-spiral of assimilation going on there and yet, they have no clue that their own minds have been assimilated.

This is a slowly-progressive spiritual disease from which no one is immune.  And there is only one antidote - complete removal from the infectious environment and immersion in Torah.  Like the doctor said, "Take two tablets every day."

Now, if so-called "religious" Jews are taking offense from the truth of the Torah, is it really any wonder that the nations take offense?

It only takes two steps to go from objecting to the "offense" to wishing to remove the source of the "offense."  And who is that but the bearers of the Holy Torah - the repository of all truth in the world?

But, while the World of Lies seeks to destroy all Truth in the world so that it will reign supreme, Hashem, the Author of Truth, has already begun the process of its own destruction and elimination.


It is telling that it is Jewish Americans who speak out so forcefully against their "brethren" in Eretz Yisrael and that it is America who his leading the campaign to destroy Israel as the Jewish State.

The California Drought, As Seen From Space

There is no getting around it.  American 'values' stand in direct contradiction to Torah values.  As the World of Lies dies, what will become of the Jewish Americans?
Posted by Devorah Chayah at 11:07 AM

The truth hurts, does it?

You are right about California. It's culture destroyed the world.

The Abarbanel said that one purpose of Xianity was to give Jews a more kosher environment to live in. We cannot survive being surrounded by pagans.

We have to understand that Xianity is no more. The world is all pagan. But it's worse than just merely being pagan. It's a paganism that has the tools that only monotheism can produce. So it has a reach and power like never before.

We cannot talk to these people anymore. There's no place of agreement. Unfortunately, we are half crazy ourselves and fight with each other all day long.

The situation is horrendous.

Yisrael's comment reminded me of something I learned from a goatherd in Tapu'ah:

Just this morning as I woke up I was thinking that are very few Rabbis here in the US.....many talk but no action too help the Baal Teshuvah.....
Everyone please read. Eim Habonim semiecha
By Rabbi Tiechtal......free on line

My husband and I were talking about this very thing this a.m. The response from the OU and RCA is what we call "pc" response. We see it as a problematic thing. We think that the way the rabbanim condemned Kerry's stance is correct. It needed to be said and it needs to be said louder- not retracted. Perhaps they condemned the statement as they might think it will make "problems" for American Jews? I don't know...
I consider myself a Jewish American who appreciates where she lives and at the same time see America as sinking very rapidly. We have been looking into aliyah for some time now and hope to be able to send one of our children over for school in an attempt to start the process as not all of us can go at once at this time.
Everyone's situation is different and not to be confused with, "the Jews that are there must be living in the lap of luxury; don't want to leave; make massive amounts of money (ha ha, sure, yea, right); like sports clubs fancy stuff and anything else that may come to mind.
So many of us have elderly family members who cannot be easily moved. Financial reasons- you name it.
As Rabbi Yehuda HaNasi said: My body stands in the West. My heart lies in the East.

Beautiful piece. Nothing really to add, you said it all, along with the commenters. Just want to add that what the ADL puts forth is always meaningless; they do not represent the Jewish people. The disgrace is more with the RCA and OU; they are afraid to upset the applecart. If we would only look up for a moment and think we can see clearly how everything is coming to the fore; all that was stored away, under cover, is all being exposed and truth will eventually prevail. Hashem has taken most of the true Rabbanim Tzadikim so we should only rely upon HIM.

The thing is people don't know what's falsehood, and when they are shown that it's what they believe, it's hard to admit that, and so they hold on to it. It takes a lot of strength and willingness to grab hold of truth even if it's not what we would think it should be. We should trust that we only see part of a bigger picture that only G-d sees

I emailed the RCA my thoughts - shame on them.

I am sitting down with spouse tonight again for the umpteenth time to leave Boro Park now.

This is the straw that broke the camels back for me. I am so outraged at the RCA and OU's response. I would not want to be in their shoes. A lot of teshuva needs to take place that is for sure.

But I am for HaShem and what these tzadikim rabbis stated in their letter to Kerry is 100% - so glad they took a stand but just like RAV MEIR KAHANE HY"D they too are taking a beating for what is right.

Wrote about this on Chanuka, here:
http://hezbos.blogspot.com/2010/11/extinction-of-reform-judaism.html

but the point of that article remains pertinent here too, and supports your prescription - for taking two tablets!

This post has been included in this week’s edition of the Jewish-Israeli Blog Round-Up!