Do you ever get the feeling that we are living in a very temporary environment? That's what it feels like to me, especially when these big storms - like Sandy and this weekend's snow storm in Israel - take down the electric grid. Maybe I've seen too many shows and videos (Jericho, Revolution, Grid Down, Solar Storm, EMP Attack). But, it almost seems like a warning from Shamayim to us to not let ourselves be so dependent on it or at least to think about how we'd survive without it.

Seeing how the whole planet is turning into one big prison under 24-hr surveillance, it make me wonder if the only way out is to turn off the power - permanently. As with everything in this beautiful world that the Creator made for us, electric power has it's good side and it's down side. But, sometimes, I can almost hear a little unspoken voice saying "Enjoy it while you have it, but don't depend on it. It's just a temporary experiment."

I mean for all of mankind's existence in this world until only about 130 years ago, no one was wired or ever had been wired to a grid. Just look how fast it took over the entire planet until today mankind feels it cannot even exist without it.

It is debatable whether our quality of life really has benefited from the introduction of this technology into human existence. Take this news item from NaturalNews.com, for example:

...The girls placed six trays of Lepidium sativum seeds (a garden cress grown commercially throughout Europe) in a room without radiation, and an equal amount in a room next to two Wi-Fi routers. Over a 12-day period, they observed, measured, weighed and photographed the results. Even before the 12th day arrived, however, the end results were obvious: The cress seeds placed near the routers either hadn't grown or were completely dead, while the seeds placed in the radiation-free room had blossomed into healthy plants.

I've done a lot of research on the effects of electromagnetic radiation on organic systems because I am very sensitive to it. No one knows what the long-term effects will be because the studies are still in their infancy. The technology just has not been around long enough.

The social implications of new technology can be debated but the adverse health effects cannot. The natural resources which are used to power this technology are not infinite, but, considering that the greatest scientific minds in the world right now are talking very seriously about "merging" human beings with machines as the next step in human evolution by 2030 - 2045, that's not going to help us in the short-term.

(Interesting in light of the fact that they are still learning new things about the human body: Scientists Find Second, 'Hidden' Language in Human Genetic Code)

So, considering the implications of unfettered technological advance, maybe a giant EMP would solve more problems than it creates. However, there is a big difference between our generation and previous ones. They didn't know what they were missing! It's not difficult to live without something you've never known in the first place. I can imagine some people going stark, raving mad if they are suddenly disconnected and have the real fear that the power will never come back. I think, unfortunately, that many people would consider suicide a better alternative than living in the new (old) reality.

There is, however, another option. And it is described in a book entitled Spiritual Technology by Rabbi Avraham Sutton.

If I've understood Rav Avraham Sutton's ideas correctly, this temporary stage of technological advance is meant to prepare mankind for a different evolutionary leap (a return to Eden, if you will) which will replace "outer technology" with "inner technology" or "spiritual" technology. We won't need social media or cell phones because we will communicate telepathically and understand prophetically.  And we won't need vehicles or heavy equipment because we will be able to fly and to move objects by telekinesis.

The world, as it is today, is upside down and looks about as sane as the underside of an embroidered tapestry, but very soon now, HKB"H is going to turn it right side up and then we will see the order and beauty that existed all along. 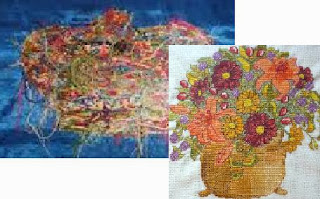 What the unbelieving world sees is a great darkness descending on the world, but those who are expecting Mashiach and the final redemption can see the light shining through.

What we all have to understand and keep in mind is a very important saying of our sages which is both a comfort and a warning - the final redemption will mirror the redemption from Egypt.

Parallels Between the Exodus from Egypt and the Final Redemption

Will The Final Redemption Parallel The Exodus?

If so, then we need to take a serious look at the period of time between leaving Egypt, when their 'grid' went down (so to speak), and arriving at Har Sinai where we actually attained the level of access to spiritual technology (which was quickly lost because of the golden calf event).  It might give us some clues as to how HKB"H expects us to prepare ourselves. And we shouldn't waste any time about it.  It could be closer than you think...

"This is an experience that's about to happen - this Sinai at the end of history...."
---Rabbi Avraham Sutton
Posted by Devash at 2:32 PM

30 Tishrei 5780 Rosh Chodesh Alef Thank you to the poll participants.  I think we can dive right in now. I have been pondering the mys...