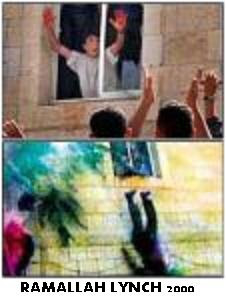 (IsraelNN.com) Ambushed by Arabs in Samaria, a Jew fired a warning shot in the air and then killed an attacker. He faces arrest, despite MK Eldad's protests.

IDF Shooting at Rioters in Hevron

(IsraelNN.com) A largo by Arabs has broken out in Hevron, and the IDF is returning fire at this moment in an effort to protect Jewish residents. At least 20 Arabs have been injured in the violent demonstration against Israeli counterterrorist operations in Gaza.

Riots also have broken out in Bethlehem and Beit Omar, located on Highway 60 between Kiryat Arba/Hevron and Gush Etzion. Arabs are throwing firebombs and rocks at soldiers after having smashed the windshield of one car, injuring one Israeli woman.

(IsraelNN.com) An initial investigation by police in Judea and Samaria indicates that the Yesha resident who shot and killed a rock-throwing terrorist Monday morning acted in self-defense. He was riding in a vehicle near the community of Telmon when Arabs ambushed the vehicle, placing him a life-threatening situation.

That's in addition, of course, to the ever-escalating rocket-attacks...

Seven-story Ashkelon building hit by Katyusha Monday
One of three Katyusha rockets fired from Gaza at Ashkelon hit a seven-story building sending a dozen people into shock and sowing wide panic in the city of 120,000. Four missiles exploded in the Eshkol farmland area south of Sderot, while mortar fire was aimed at Sderot, Kibbutz Yad Mordecai, Nahal Oz and Netiv Ha’asara. ...Up until late Sunday night, Qassam rockets continued to explode in Sderot and surrounding villages and Katyusha rockets in Ashkelon at the average rate of 50 per day since Wednesday.

...Secretary of State Condoleezza Rice threatened to call off her visit on Tuesday, March 4, and laid the blame on Israel for the breakdown of peace talks with the Palestinians, although it was Mahmoud Abbas who formally suspended all contacts with Israel. She accused Israel of undermining the Bush administration’s entire Middle East strategy. Olmert found it politic to bow to this pressure.

The IDf has withdrawn from Gaza and Hamas has declared victory.
Posted by Devash at 2:41 PM